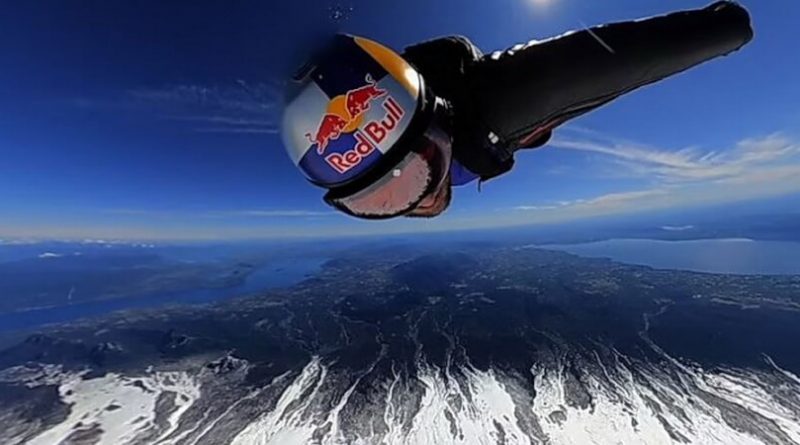 The first person to fly into an active volcano (video)

Sebastian Alvarez, a wingsuit enthusiast, flew into and out of an active volcano a moment later. Thus, he became the first person in history to perform such a dangerous feat. The entire flight was filmed on video and posted on the web.

Sebastian Alvarez likes extreme sports and flying in a special suit at speeds over 200 kilometers per hour. From time to time he shows the world that this sport can be a lot of fun and makes you feel alive. His achievements are amazing and inspire his friends.

Alvarez’s latest achievement is the first ever successful flight into the mouth of a volcano. The volcano Villarrica was chosen; it is 2847 meters above sea level and belongs to the group of stratovolcanoes. This Chilean volcano is one of the most active in the world.

An enthusiast of wing-suit flying told CNN in an interview that 40 seconds after jumping out of a helicopter, he was inside the volcano, and a few seconds later he was safely out of it. The flight was a remarkable achievement. Before Alvarez went on the flight, he did many analyses and calculations. The slightest mistake could have been fatal for him.