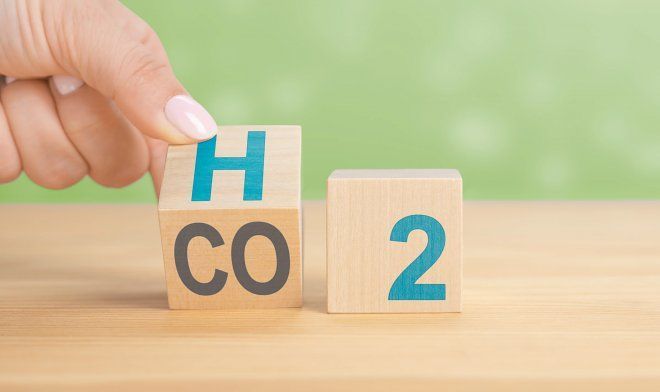 The British government ordered a study on its effect on the rate of global warming before starting to convert the entire country’s energy industry to hydrogen. The results showed that over a 100-year period, 1 ton of hydrogen would contribute 11 times more to warming the atmosphere than a ton of CO2.

Hydrogen is dangerous in this case, because it interferes with the natural process of methane neutralization by hydroxyl radicals in the atmosphere. It itself reacts with them, so methane lingers longer and, as a greenhouse gas, exacerbates atmospheric overheating.

On the other hand, CO2 is removed from the atmosphere very slowly, over hundreds of years, so in terms of its impact on global warming, the accumulation of CO2 is dangerous in the long term, and an excess of hydrogen (and as a consequence methane) in the short term.

Studies have shown that numerous leaks of this gas are inevitable when switching to hydrogen. Thus, daily losses during storage in a pressurized cylinder range from 0.12% to 0.24%. In liquefied and cooled state they already reach up to 1 % per day, and when pumped through pipelines losses will be 20 % higher than in case of natural gas.

Full cycle of hydrogen production by electrolysis, injection into a fuel cell and storage before full processing into energy at best promises losses of 3.2%, and at worst, taking into account human factor – up to 10%.

If all safety rules are strictly observed, the world energy industry will lose only 1.5% of all hydrogen produced. And if it is allowed to be widely used without proper control, similar to the way ordinary consumers fill up their cars at gas stations, then the leakage will reach catastrophic 10%. However, even in this case, the use of hydrogen is less harmful to the atmosphere of the planet than CO2 emissions.