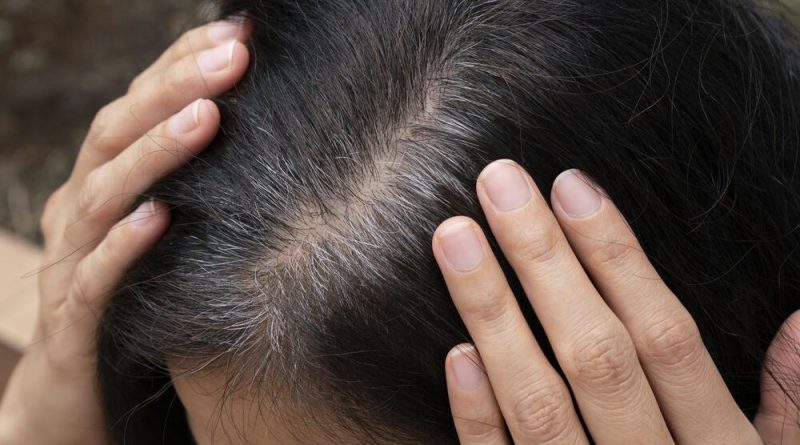 Stressed gray hair can be restored to its former color

Hair graying has many causes, and stress is one of them, but how exactly does it work? Scientists from Columbia University (USA) conducted an experiment to study the formation of gray hair. Most of all they were interested in the phenomenon when a person who returned from vacation well rested, a few hairs changed color from gray to natural dark.

The subjects were told to keep detailed “stress diaries” in which they noted all the unpleasant moments of their daily life with reference to time. Then they had their hair taken for analysis, dividing each sample into many tiny pieces. Hair serves as a kind of indicator of the body’s condition, and as it grows, its structure reflects the changes it undergoes. A 0.05-mm-thick section is roughly equivalent to one hour of life, allowing a fairly accurate chronology of events that have occurred.

By comparing the data from the diaries with the condition of the hair, scientists got proof that stress and a change of hair color to gray hair are directly related. The reverse also occurred – in fact, only deeply ill, permanently stressed people had completely gray hair. People with normal, variable rhythms of life actually have “striped” hair, but the human eye does not distinguish this and sees only a generalized color of the entire hair.

Further studies have shown that there is a certain “threshold” of stress and body wear and tear that directly affects the graying of hair. It occurs in middle age, at which point any serious shock or experience generates gray strands in people. For young people, even very severe disorders are not capable of provoking such an effect, since the critical threshold has not been reached. In old people, on the other hand, even the most optimal and stress-free lifestyle will no longer bring back the color of their hair, because the threshold has long been passed.