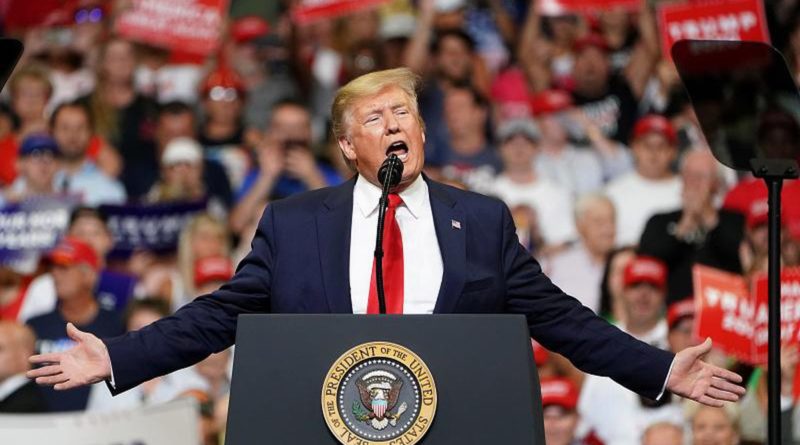 The views of American citizens on Trump impeachment were divided equally, according to a survey by the Wall Street Journal and NBC News.

According to the survey, 48% of respondents support impeachment, the same number – 48% oppose.

It is noted that 90% of GOP supporters surveyed oppose impeachment of Trump, while 83% of democratic supporters favor impeachment. As for independents, 50% supported the impeachment and removal of the US president, 44% did not support.

The survey was conducted from December 14 to 17 and was published on Wednesday (900 people took part), before the House of Representatives vote. The statistical error is plus or minus 3.27 percentage points.

The U.S. House of Representatives impeached Trump on two articles of impeachment – abuse of power and obstruction of Congress. Now the case is moving to the Senate. Two-thirds of the senators ’votes will be required to remove the president from power. The Republican majority in the Senate does not intend to impeach Trump.

Democrats say Trump delayed congressional-approved military aid to Ukraine, demanding in return from President Vladimir Zelensky a political favor in the form of an investigation against Trump’s opponent Joe Biden. Trump says that he demanded from the Ukrainian authorities only to fight corruption.