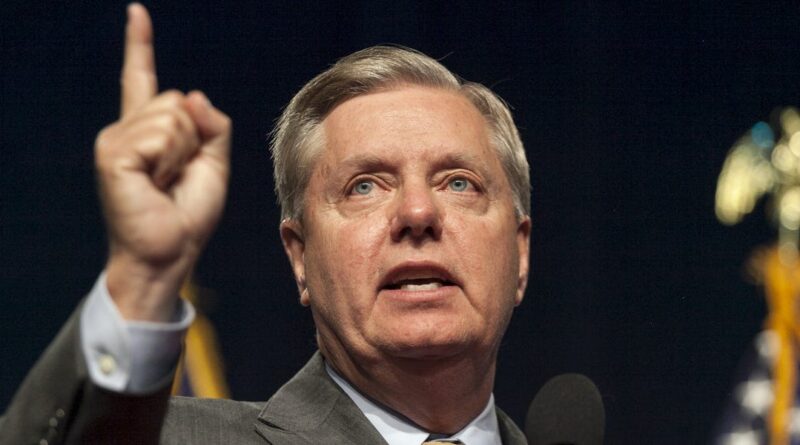 Senator Graham called the impeachment of Trump a political revenge

The senator wrote a letter to the leader of the Democrats in the Senate, Chuck Schumer, in which he urged him to reject the articles of impeachment when they come to the House.

«Now, instead of taking your first action as majority leader to begin the national healing that the country craves, you are seeking revenge and political retribution,» Graham said in the letter, which he posted on Twitter.

According to the senator, impeachment exists to protect the country from the damage that an incumbent president can do if he remains in office, and not to «justify political discontent» after the president has left office.
«Leader Schumer, conducting an impeachment motion against a former president is unwise and unconstitutional,» Graham wrote.

He asked whether Republicans, when they held the majority in both houses of the US Congress, should have impeached former President Barack Obama and banned him from office in the future for his reaction to the Benghazi incident, and whether Democrats, who now lead in both chambers, should have removed officials from the Trump administration from future positions simply because «they think they can.»

«An attempt by the Senate to remove a president who no longer holds office from office in the future would be an unconstitutional act of political revenge, and not a just constitutional action to protect the country by resigning a sitting president,» Graham wrote, noting that impeachment would only encourage division of the people.

An attack on the U.S. consulate in Benghazi, Libya, in September 2012 killed the U.S. ambassador and three other U.S. citizens. Trump has repeatedly criticized the previous administration of President Barack Obama for its untimely response to the attack and alleged attempts to hide the seriousness of what happened.

On January 6, supporters of US President Donald Trump stormed the Capitol after a Trump rally in Washington, the work of Congress was interrupted for several hours. As a result of the riots, a demonstrator and a police officer were killed, and three more died from non-violent causes. After law enforcement agencies removed rioters from the congress building, congressmen approved the victory in the last presidential election of Democrat Joe Biden. The House of Representatives of Congress has impeached Trump on charges of sedition.