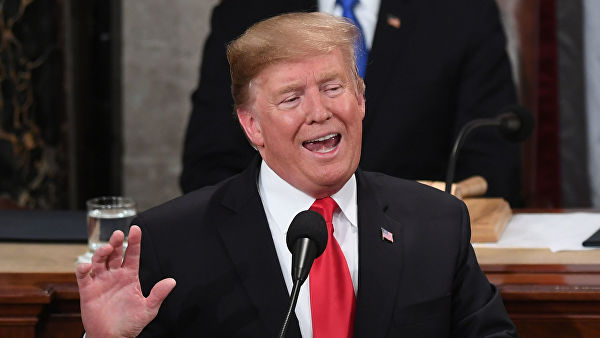 Democratic senator Bernie Sanders in an interview with CBS accused US President Donald Trump of escalating tensions between Washington and Tehran.

“It’s like somebody setting fire to a basket full of paper and then putting it out. He helped create the crisis, and then he stopped the attacks,” Sanders said. He noted that Trump considers “that a war with Iran is something that might be good for this country.”

To the words of TV hoster that the strike, which was originally planned by the President, had to be limited, the senator said:

Earlier, Trump said that Washington on the eve was ready to strike at Iran, but the president refused it because of possible victims. He noted at the same time that he hoped to avoid war with Iran. Iranian supreme leader Ali Khamenei also said that Iran does not intend to wage war with the United States, but will continue to resist Washington.

The Islamic Revolutionary Guard Corps on Thursday reported that the Iranian military shot down an American drone at the entrance to the Persian Gulf in the south of the country after it violated Iranian airspace. Later, the US Central Command stated that the Iranian anti-aircraft missile system had shot down a US Navy drone over the Strait of Hormuz, in international airspace. In Tehran, however, insist that the drone was shot down in Iran.

At the same time, Iranian Deputy Foreign Minister Abbas Arakchi, in a telephone conversation with Swiss Ambassador to Tehran, Markus Leitner, representing US interests, protested over the invasion of a US drone into the airspace of the country. Arakchi also reiterated that “Iran does not seek war and conflict in the Persian Gulf,” and warned American forces against rash actions in the region.

Trump called the incident “a very big mistake” by Iran, but later said that he did not believe in the deliberate nature of this, suggesting that someone has made this decision by mistake.