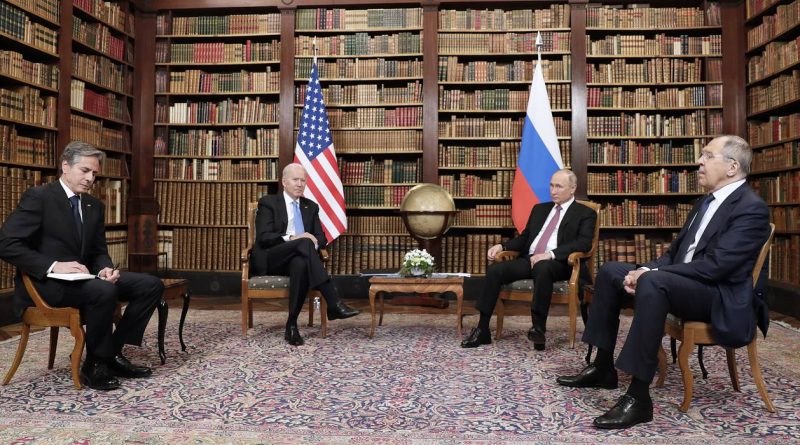 Results of the Russia-US summit.

Russian and U.S. Presidents Vladimir Putin and Joe Biden concluded their talks in Geneva. It was the first U.S.-Russian summit since 2018 and the first face-to-face meeting between Putin and Biden as heads of state. Speculation about how important these talks were and where they might lead began back in April, when Biden had just suggested that the Russian president “meet on neutral ground.” We have tried to analyze the past summit and outline its main results, both positive and negative.

The summit did take place.

The fact that the leaders of the two largest world powers met face to face and sat down to talk is in itself a positive sign. Not only for Russia and the United States, but also for the rest of the world. The possibility for Moscow and Washington to engage in direct dialogue, even in the face of serious differences, shows that diplomacy still remains a priority in international politics. Regular contacts between the sides may not eliminate all contradictions, but at least they will help strengthen lost trust and make progress on the most important issues.

Launching a dialogue on strategic stability

The leaders said in a joint statement that the sides intend to launch a comprehensive bilateral dialogue on strategic stability that will be substantive and vigorous.

“Through such a dialogue, we seek to lay the foundation for future arms control and risk reduction measures,” the text of the statement reads.

According to Vladimir Putin, Russia and the United States intend to begin consultations on cybersecurity, prisoner exchanges, and arms control in the near future. Perhaps these issues will be the focal points on which Moscow and Washington will start to move forward with further cooperation.

The meeting was constructive
At least, that is how both presidents assessed it. Putin described Biden as a balanced and experienced interlocutor, and that shows the two leaders managed to find common ground.

“I can say that he is a very constructive, balanced man, as I expected. Very experienced, you can see that right away,” the Russian president said, answering questions from reporters after the summit. The Russian leader added that he spoke with his colleague face to face for almost two hours. “Not all leaders have such detailed conversations,” Putin noted.

Joe Biden said roughly the same, saying that despite disagreements, the atmosphere at the talks was benign and conducive to mutual understanding.

Russian and US ambassadors return to their duty stations

The mutual recall of ambassadors was one of the lowest points in U.S.-Russian relations. The two sides took this step in March, after Joe Biden’s scandalous interview in which he affirmatively answered a question about whether he considers Putin a “murderer.” It is now a matter of time before diplomats return to their posts. This will most likely happen in the next few weeks. The Foreign Ministry and the US State Department should start consultations regarding other issues of diplomatic cooperation. This will probably lead to Moscow and Washington increasing their diplomatic staffs in their embassies, which have been sharply reduced in recent years because of mutual sanctions. This has particularly affected the issue of U.S. visas for Russian citizens.

In fact, no one really expected Putin and Biden to be able to announce any special agreements. Too many unresolved issues in the relationship between the two countries have accumulated in recent years. If the two presidents undertook to discuss all their differences, it would probably take them more than a day. Even if this summit is the first step in a long process of working together, it will be possible to fully appreciate the importance of the event only in the future. For now, both leaders remain on the same positions with which they began their work at the meeting.

According to Biden, the next six to 12 months will show whether Russia and the U.S. have managed to launch a strategic dialogue.

Human rights remain a stumbling block and the leaders apparently have different views on this issue. The West often tries to use this issue to accuse Russian authorities of suppressing freedoms. In Moscow, they point out that the practice of interaction with the non-systemic opposition in Russia is little different from that in Western countries. After his talks with Biden, Vladimir Putin pointed out that he sympathized with the United States because of the aftermath of the riots after the killing of George Floyd. But at the same time, the president promised that Russia would not allow such events to happen again.

“In many countries the same thing is happening as in our country. I want to stress once again – we sympathize with what happened in the U.S., but we do not want to allow the same thing to happen to us,” he stressed.

In turn, Biden said that Navalny’s death would have catastrophic consequences for Russia on the international arena. He added that he had indicated to Putin that the issue was extremely important.

“I made it clear to [Russian President Vladimir Putin] that I believe that the consequences [of such a scenario] would be catastrophic for Russia,” the American leader stressed.