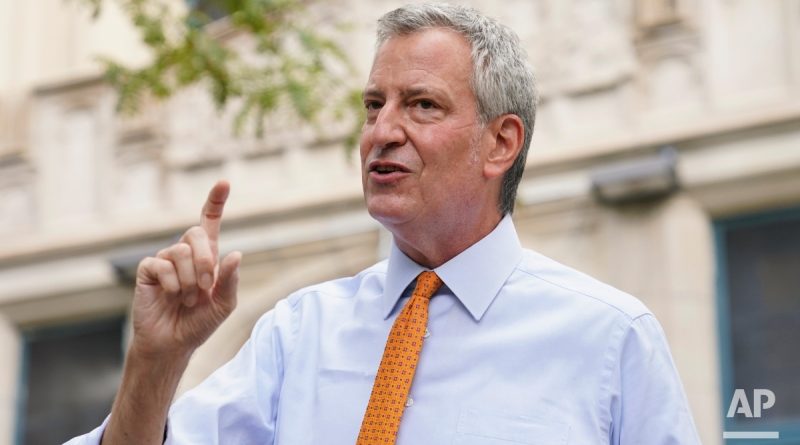 New York Mayor Bill de Blasio reacted to the flight into space of Amazon and Blue Origin founder and richest man on the planet Jeff Bezos by writing on Twitter that “real astronauts pay taxes.”

The New Shepard suborbital spacecraft made its first manned flight with four crew members on Tuesday. Bezos, his younger brother Mark, 82-year-old pilot Wally Funk and 18-year-old Dutch citizen Oliver Damen were in space. Bezos, who founded Blue Origin in 2000, admitted he would like to fly again. He confirmed that the company will make two more manned flights of the New Shepard spacecraft before the end of the year. The businessman thanked every Amazon employee and customer “because they paid for it all.”

Some Twitter users lashed out at de Blasio, leaving a series of comments along the lines of “real mayors care about what happens in their own city.”

In June, an article by the independent investigative journalism organization ProPublica, citing data from the U.S. Internal Revenue Service, reported that American billionaires, including Jeff Bezos, Elon Musk and Warren Buffett, paid virtually no taxes, despite their growing wealth.

As the authors of the publication noted, from 2014 to 2018, the richest 25 people on Forbes’ list paid $13.6 billion in federal income taxes, and their total wealth grew by $401 billion during that time.