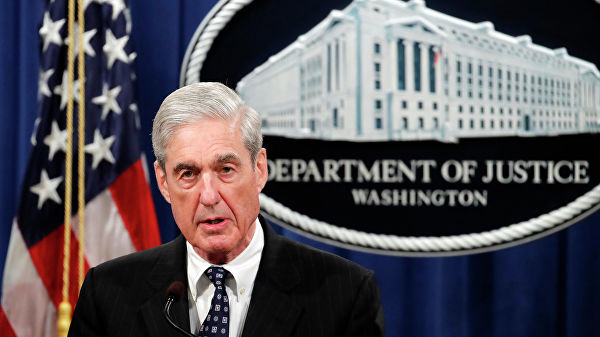 Russia committed a “federal crime” by gaining access to democratic computers during the election race in 2016, stated the special counsel, robert mueller on wednesday.

“You’re talking about the computer crimes charged in our case? absolutely,” he said at a hearing in the us house of representatives, answering the question whether russia has committed federal crimes “in order to help Donald Trump?”

The report said that the employees of the GRU of the Russian Federation in 2016 could steal 70 gigabytes of data from the server from the server of the US Democratic Party, containing thousands of letters and documents. These documents were subsequently published by Wikileaks in 2016, according to the Special Prosecutor.

For almost two years, Mueller investigated the assumptions about “Russian interference” in the elections, which Moscow denies. As a result of the investigation, Mueller confirmed the allegations of interference. At the same time, he did not find evidence of a “conspiracy” between Donald Trump and Russia, whose existence was denied both in the Kremlin and in the White House. Mueller also achieved a number of convictions against seven ex-Trump employees, although the charges were not directly related to the main topic of the investigation. In total, the investigation has charged more than 30 persons, including a number of Russian citizens. Mueller also studied the question of whether President Trump obstructed justice during the investigation and did not reach an unequivocal conclusion. Following the investigation, Attorney General William Barr stated that there was no obstruction of justice. Both Mueller and Barr confirmed the long-standing position of the US Justice Department that under the constitution, the current president in any case cannot be charged with criminal charges.

Russian Deputy Foreign Minister Sergei Ryabkov said earlier that Moscow will monitor the performance of Robert Muller at the US Congress, while the Russian side stresses that did not interfere and does not intend to interfere in the US Election. According to him, there is no reason to draw such conclusions.