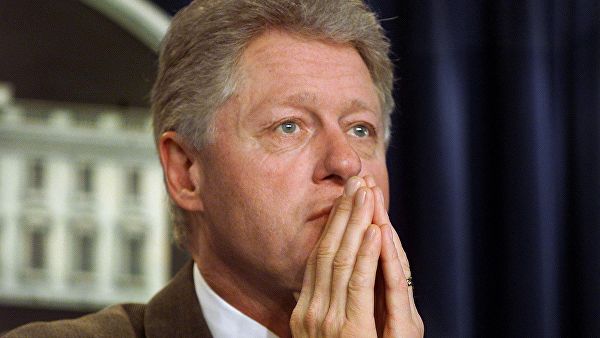 Finland Gifted Clinton His Own Saxophone

Former US President Bill Clinton, who is on a private visit to Finland, gave a lecture on climate change on Thursday evening in the city of Mariehamn and received his own saxophone, previously purchased at auction by millionaire Anders Wiklöf.

Clinton arrived in Finland on the birthday of Wiklöf, who celebrates his 73rd birthday as Clinton.

The event was broadcasted by the Finnish media.

I would like to note the importance of combating climate change. Changes in this area are noticeable both in the United States and in Europe. Hillary and I had a third grandson three days ago (July 22) and we want him to have a future and see the Baltic sea and clean water,” Clinton said.

The ex-president spoke about the measures taken in the United States to combat climate change, stressed that he considers it a mistake for the United States’s to withdraw from the Paris Climate Agreement, and added that “we cannot ignore the changes taking place, including the increase in ocean water the state of Florida, the Caribbean islands and Latin America.”

At the end of Clinton’s approximately 20-minute performance, Wiklöf stepped on the stage and presented the former American president with a saxophone, which previously belonged to Clinton and was acquired at an auction.

To the disappointment of the public, Clinton did not play the saxophone.