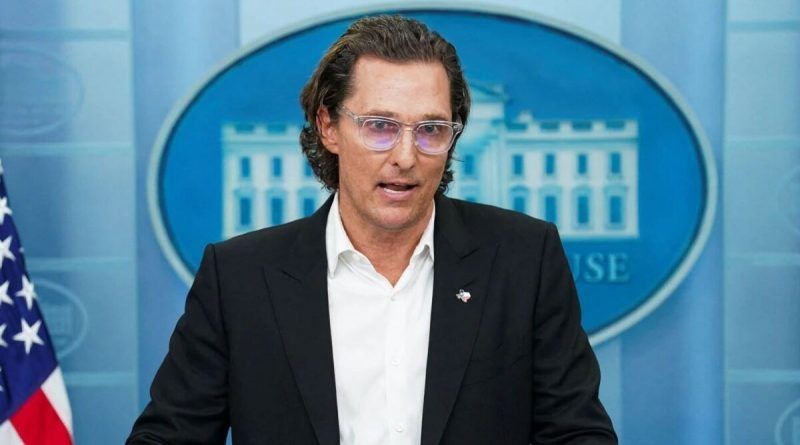 Matthew McConaughey called for a change in gun laws

Matthew McConaughey met with U.S. President Joe Biden on Tuesday before speaking to the press. In an emotional speech, he called on Congress to take additional measures to combat gun violence. Nineteen children and two teachers were victims of the May 24 shooting by an 18-year-old gunman armed with a semi-automatic rifle.

McConaughey, who last year publicly speculated about the possibility of running for governor of Texas but then dropped the idea, met with Biden at the White House, according to press secretary Karin Jean-Pierre.

He then appeared at the daily press briefing himself. McConaughey talked about his childhood in a town in south Texas.

“In Yuvalde, I was taught to respect the power and capabilities of the tool we call a gun,” he said. – In Yuvalde, I learned responsible gun ownership.”

According to McConaughey, responsible gun owners are “fed up with the Second Amendment being abused by some deranged individuals.” He called for raising the minimum age to buy an AR-15 semiautomatic rifle to 21.

Gun rights advocates argue that the Second Amendment to the U.S. Constitution guarantees the right to own and bear firearms.

The actor seemed to almost cry as he showed pictures of some of the children who died. He talked about their families, what they were wearing on their last day of life, and what they wanted to be when they grew up. McConaughey also talked about meeting with a beautician who was asked to prepare the victims for an open-casket funeral.

“They needed more than makeup to make them look good. They needed extensive restoration. Why? Because of the very large bullet exit holes from the AR-15 rifle.”

He gave a brief biography of each victim and at one point pounded his fist on the podium talking about one of them.

“While we honor the victims, we need to recognize that something seems to have changed this time,” he said. – There is a sense that a way forward is possible this time. The responsible parties in this debate seem at least willing to sit down and have a real conversation about a new, more effective way forward.”

McConaughey’s comments came amid statements from Democrats in the U.S. Senate that they are encouraged by negotiations with their Republican colleagues on gun legislation. At the same time, Democrats warned that any compromise would not be enough for the steps they believe are necessary to curb gun violence.

McConaughey noted that he came to the White House in an effort to seize the moment and achieve real results. His performance, however, does not appear to have much impact.

The actor, who met with lawmakers on Capitol Hill earlier in the day to discuss gun law reform, asked politicians to change their approach. Although he did not single out any party in his speech, his words appeared to be directed at Republicans in Congress who oppose changes to gun laws.

“Let’s face it: we can’t be real leaders if we live only for re-election,” he said.