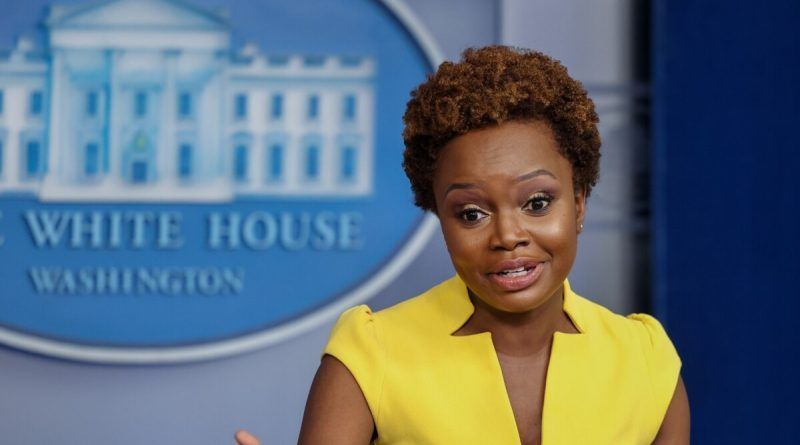 Many users suggested that the spokeswoman was living in her fictional world and decided to remind her how the public is really doing.

“It took me $300 to fill up two cars with gas, and I can’t go to the grocery store without spending $250 each time. For whom exactly is the economy at its best?”

“Historically compared to what? With the Middle Ages?!”

“Does this administration really believe that we’re doing well and that their policies are really working, or do they hope that if they keep talking this nonsense, eventually people will start believing it?”

“Think about how bad the economy was in the 1800s. Back then, after all, people couldn’t afford anything. No communications or even air conditioning!”

“Maybe it’s all funny to you rich people, but Americans who actually work are barely making ends meet.”

“That just means that the state of the economy has been worse than it is now at least once in history. What a damn low bar they have set for praising themselves.”

President Joe Biden outlined his plan in late May to combat inflation, the main cause of which he still considers the Russian special operation in Ukraine. In the article, the president claims that the main burden will fall on the Federal Reserve System, and he called the goal of his program to reduce the federal budget deficit and increase the productive capacity of the economy.

Meanwhile, a survey conducted at the end of April showed that U.S. citizens’ assessment of the state of the national economy has reached its lowest level in a decade. Thus, the majority of respondents (66%) believe that Biden’s policies are hurting the economy and eight out of ten respondents said his administration’s measures are not sufficient to fight inflation.