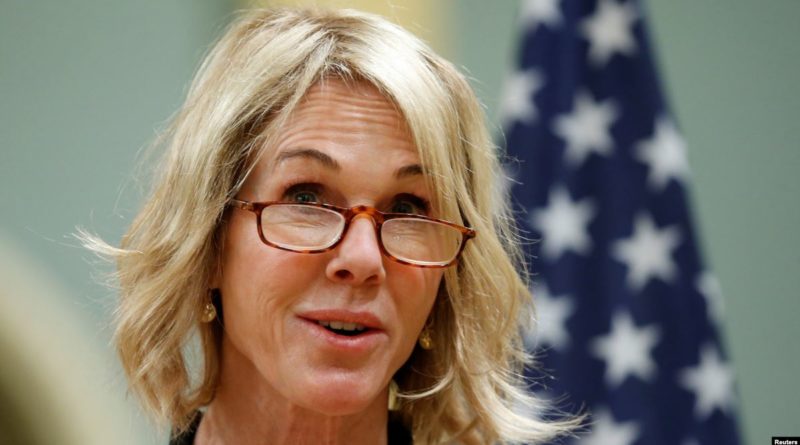 Kelly Craft Promises To Defend US Interests In The UN

The new US Ambassador to the United Nations Kelly Craft promised support to allies and said she would defend Washington’s interests.

“I will defend America’s values and interests. I will stand by our friends and allies,” Craft said, speaking to reporters after her first participation in the UN Security Council meeting.

“I come to the United Nations not only as the President’s emissary but also as a voice of America’s unwavering commitment to democracy, freedom, human rights and whenever possible, the peaceful resolution of conflicts.”

Craft was nominated for the UN post by President Donald Trump after Heather Nauert withdrew her candidacy. The previous U.S. Ambassador to international organization Nikki Haley resigned at the end of 2018.

Democrats in the approval process criticized Craft for lack of experience in foreign policy. They also claimed that Craft, while serving as ambassador to Canada, neglected her duties and was absent from the country for more than 350 days in 21 months of work.