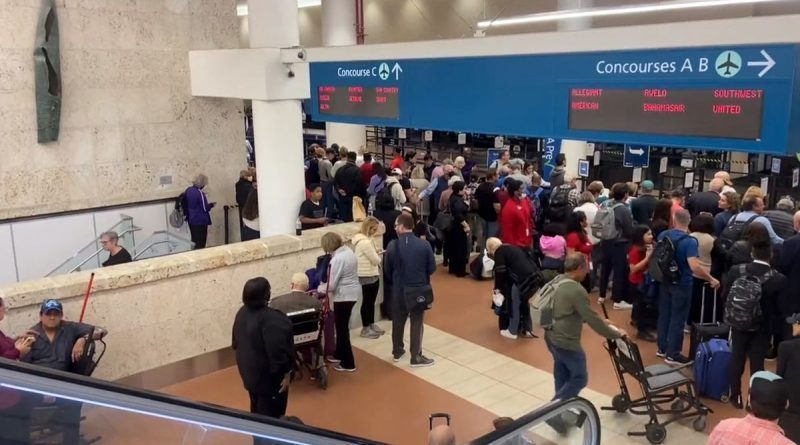 In Florida airport evacuation was declared due to a bomb report

The Palm Beach Airport in Florida was partially evacuated after a passenger on a Frontier Airlines flight bound for Philadelphia reported an explosive device. Teri Barbera, a spokeswoman for the Palm Beach County Sheriff’s Office, told Fox News on Wednesday.

«Apparently, one of the passengers said there was a bomb in his luggage,» Barbera said, adding that «the caller has already been arrested by the FBI.»

An evacuation was declared in one of the airport terminals. Afterwards, a canine team, a bomb squad and the FBI were able to check two bags belonging to the passenger. The examination did not reveal an explosive device.

Six flights were cancelled because of the incident.

You may be interested: Why IT giants are laying off employees en masse