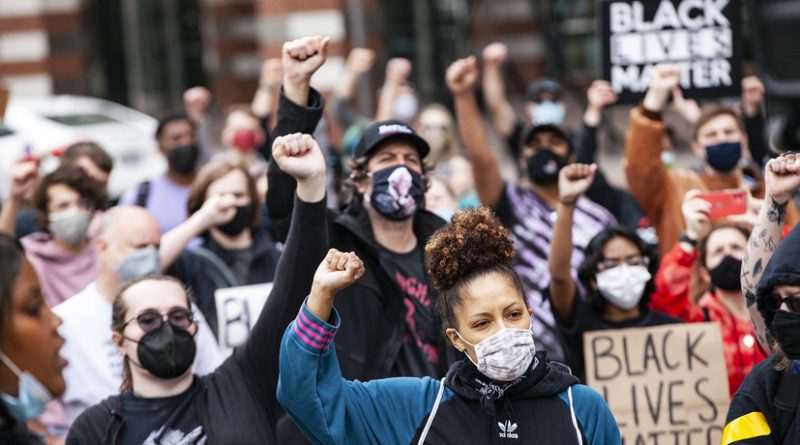 On the eve of the anniversary of the death of African-American George Floyd, activists, including members of the Black Lives Matter movement, took to the streets to demand “structural changes”. Earlier, Joe Biden invited the relatives of the deceased to the White House and promised to carry out reforms in the police. However, according to experts, the Biden administration is not ready to fulfill all the promises made earlier to BLM activists, while the voters are no longer satisfied with the loud statements of the US president alone.

A memorial march was held in Minneapolis on the eve of the anniversary of the death of African-American George Floyd.

Hundreds of people gathered for a demonstration in front of the downtown courthouse where the trial of former police officer Derek Chauvin, accused of murdering Floyd, ended a month ago. Many marchers carried placards with photos of the deceased and other black men killed by police.

According to the American radio station NPR, Minnesota Governor Tim Walz, Minneapolis Mayor Jacob Frey and St. Paul Mayor Melvin Carter, along with a dozen relatives of Floyd, watched as speakers called for justice for the families of those black people who were killed by law enforcement. At the same time, the participants of the action chanted the slogans “There will be no justice, there will be no peace!» and ” Say his name.”

In addition to Minneapolis, commemorative events were held in New York.

According to media reports, about 200 activists gathered in the Brooklyn area with placards in their hands, which called for combating racial discrimination and police brutality. At the end of the meeting, George Floyd’s brother Terrence addressed the audience. According to him, the attention of society should continue to be focused on addressing issues of racial inequality.

“This is just the beginning. The change has begun. This year, many negative moments have turned into positive ones, but we still have a long way to go, ” CBS News quoted Terrence as saying.

An action in memory of the deceased was held on May 23 in Houston, where Floyd was born. There, the Turd Ward Neighborhood Park, located across the street from the school where he attended, was named in his honor. In addition, a monument with Floyd’s image and the words “I can’t breathe, Mom”was unveiled during the ceremony.

Earlier, a series of actions in different cities was announced on the website of the Black Lives Matter movement (BLM) and on the foundation’s Twitter.

“We absolutely do not have time to remain silent about the injustice that our communities and the world are being subjected to! This rally and march, organized by the family of George Floyd and Al Sharpton, will demonstrate our active position on the need for comprehensive structural change. Get ready to come now, ” the BLM movement said in a statement.

Recall that in 2020, after the death of 46-year-old African-American George Floyd, mass protests swept the United States. The black man died after the police first detained him, and then pressed him to the asphalt and held the throat of the arrested man with his knee for several minutes. The video from the scene hit the Internet, causing a wave of public outrage in the United States and several other countries. Protesters against police violence took to the streets under the slogan Black Lives Matter (“Black lives matter”).

The movement itself originated long before Floyd’s death — it was founded after the events of 2012-2013 and the case of patrolman George Zimmerman, who shot and killed a black teenager Trayvon Martin. The policeman was put on trial, but the jury acquitted him.

The wave of protests in 2020 coincided with the US presidential campaign, and the candidates from the leading parties could not ignore this topic. But if Donald Trump in his speeches criticized the insufficiently tough actions of local authorities against demonstrators, then Joe Biden and the Democratic Party as a whole supported the activists. Biden even spoke during a memorial service during Floyd’s funeral-the politician delivered a speech via video link.