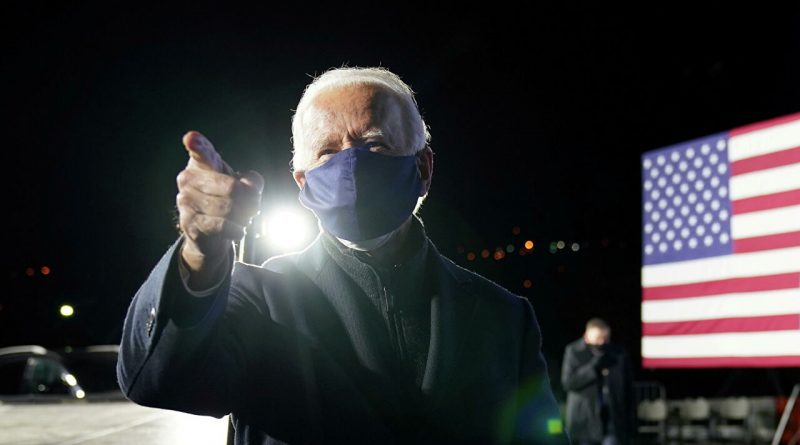 Biden has accelerated inflation and is ready to collapse the dollar

With the arrival of Joe Biden, the US economy received almost two trillion dollars more. This is a giant package of incentives, mainly social ones. However, the aid went sideways: the influx of freshly printed money caused a surge in inflation and unemployment. All this threatens to further increase prices and weaken the US currency.

In March, however, Congress approved President Joe Biden’s proposed $ 1.9 trillion American Rescue Plan. The main part is social: direct payments to citizens, increased unemployment benefits until September, subsidies for housing rentals, additional funding for the SNAP program for the purchase of food. In the same place-expansion of tax deductions, funds for schools, business incentives. Almost 20 billion were allocated for vaccination, and another 50 billion for coronavirus testing.

Economists then warned: a new injection of money into the economy will no longer be good. The burden on the budget will increase, prices will accelerate — due to an overabundance of bills without a corresponding increase in production.

And so it happened. In April, inflation soared to 4.2 percent per annum. This is the absolute maximum since the global financial crisis of 2008. And the core consumer price index, which does not include volatile commodities such as energy and food, added three percent year — on-year, the most since January 1996.

“The supply of money drives inflation. Print them without increasing productivity or increasing the number of goods and services — the currency will become cheaper. But America rejects this truism as a hackneyed platitude, ” says American professor and military historian Victor Davis Hanson, commenting on the decision of the Congress.

The inflation risk is also reinforced by deferred consumer demand-with a high level of excess savings. In the pandemic, American consumers accumulated $ 1.6 trillion. People stayed at home, did not go to cafes and restaurants, forgot about traveling. Now this money is being spent.

Another problem is the additional pressure on the budget. In fiscal year 2020, its deficit reached 16.1 percent ($3.1 trillion) — the highest since 1945, when the government allocated huge funds for large-scale military operations. Accordingly, the debt burden is also growing.

The US debt is over $ 28 trillion (almost 130 percent of the country’s annual gross domestic product). Thanks to the Biden package, another 2.3 trillion will be added in 2021. And this is after a record deficit of $ 3.1 trillion.

“But the Biden administration intends to continue borrowing-another two trillion for new social programs and infrastructure,” Hanson emphasizes in an article on Fox News.

Against this background, economists Larry Summer and Olivier Blanchard state in a special study, the incentives will be too powerful and push the economy to overheat.
“There is a risk that inflation will spiral and the Federal Reserve will have to tighten monetary policy. And this, in turn, will result in a second slowdown in the economy. Experience shows that inflation can get out of control,” Summer and Blanchard explain.

Hanson also points out the risks: “Is it necessary to print money, increasing the national debt? Is it reasonable to keep interest rates near zero and thus discourage employment, production, and savings? Previously, such dangerous behavior led to inflation, followed by destructive stagflation.”

Hanson also notes that in the “last crazy hundred days” (since the Biden plan went into effect), prices for everything have soared: wood, food, gasoline, cars, homes. Nevertheless, the rates are still at the level of three percent and below.

Indeed, so far, the Federal Reserve has not reacted to the jump in inflation. In March, Fed Chairman Jerome Powell said he did not see a problem in temporarily exceeding the two percent target.

However, says Ray Dalio, founder of one of the largest investment funds, Bridgewater Associates, the situation is increasingly dangerous. The stimulus package and the American Jobs Plan investment program, flooding the economy with money, form a bubble. It is necessary to increase labor productivity, the expert warns. And now this is hardly possible, because not only prices are rising, but also unemployment.

The reason is again in the incentives. According to Biden, mass vaccination against covid should help increase employment. In fact, the opposite is true: there are lots of cases, but there are not enough workers. The extension of federal unemployment benefits allowed you to stay at home and cash checks. And so-for another four months, and maybe even longer.

According to the investor, the stock market has already reached the state of a bubble, and not because of the debt burden, but due to the Fed’s policy.

“There are two types of bubbles — debt, when it comes time to pay interest, and you have nothing to do. Then the bubble bursts — ” he explains. – And with a surplus of money, if the Fed does not tighten monetary policy properly. In this case, you will incur losses due to the depreciation of the currency.”

The United States, according to Dalio, is closer to the second type of bubble. Therefore, in the future, the investor allows a strong weakening of the dollar.