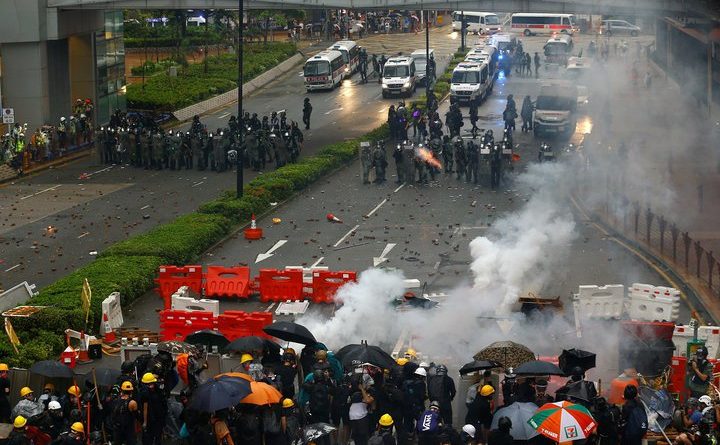 During clashes with protesters in Hong Kong, 15 police officers were injured, all of them were hospitalized with injuries of varying severity. It is reported by China Daily.

During the protest, 29 men and seven women aged 12 to 48 years were detained. They were arrested, including for illegal possession of weapons and attacks on the police.

Last Sunday, August 25, Hong Kong police for the first time used water cannons and tear gas against protesters in the Tsuen Wang area. In response, the demonstrators threw bricks at the police. “The escalating illegal and violent acts of radical protesters are not only outrageous, they also push Hong Kong to the verge of a very dangerous situation,” mentioned in a police statement.

Protests began in Hong Kong in early June. Their participants are opposed to amendments to the extradition bill under which individuals could be sent to mainland China for trial. The first protest took place on June 12, after four days about 2 million people in Hong Kong took to the streets, since then the actions are held regularly.