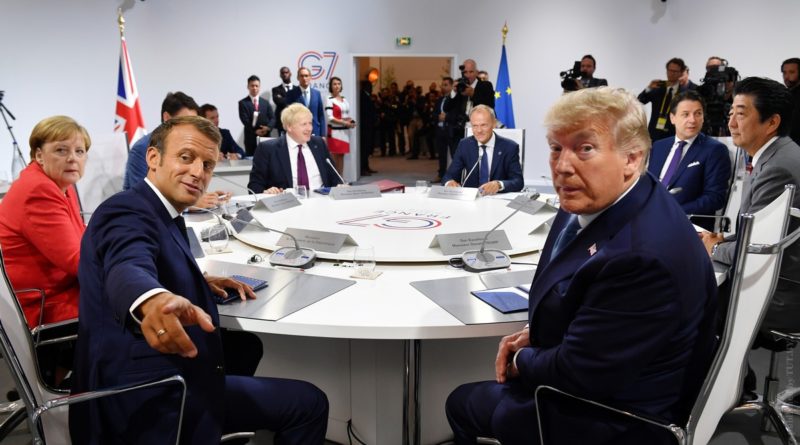 The position of the G7 member countries on a number of regional and international crises, including the situation around Iran, Ukraine, Libya and Hong Kong, as well as disagreements on trade and taxation, were reflected in the general statement following the summit held in Biarritz from 24 to August 26, TASS writes.

“The G7 Leaders wish to underline their great unity and the positive spirit of the debates. The G7 Summit organized by France in Biarritz has successfully produced agreements by the Heads of State and Government themselves on several points summarized below,” stated in the G7 Leaders’ Declaration.

Regional and trade crises
“We fully share two objectives: to ensure that Iran never acquires nuclear weapons and to foster peace and stability in the region,” specifies a short paragraph on the Iranian crisis.

“France and Germany will organize a Normandy format summit in the coming weeks to achieve tangible results,” as stated in the paragraph on the Ukrainian crisis.

In the context of the ongoing military confrontation in Libya, G7 leaders stressed the need for an immediate ceasefire and a political resolution to the crisis. “We support in this regard the work of the United Nations and the African Union to set up an inter-Libyan conference.”

G-7 leaders also expressed concern over developments in Hong Kong. “The G7 reaffirms the existence and importance of the Sino-British Joint Declaration of 1984 on Hong Kong and calls for violence to be avoided.”

The leaders of the seven countries participating in the summit, held in French Biarritz from August 24 to 26, also announced their commitment to “open and fair world trade”, as well as the stability of the global economy. In this regard, they advocated “to overhaul the WTO to improve effectiveness with regard to intellectual property protection, to settle disputes more swiftly and to eliminate unfair trade practices.”

Before the start of the summit, the main intrigue remained whether the G7 leaders would accept the final statement amid disagreements that shared some of them. The President of France himself noted that the possibility of signing several statements was being considered in order to avoid “smoothing corners” and thereby giving the single document an increasingly general and superficial character.