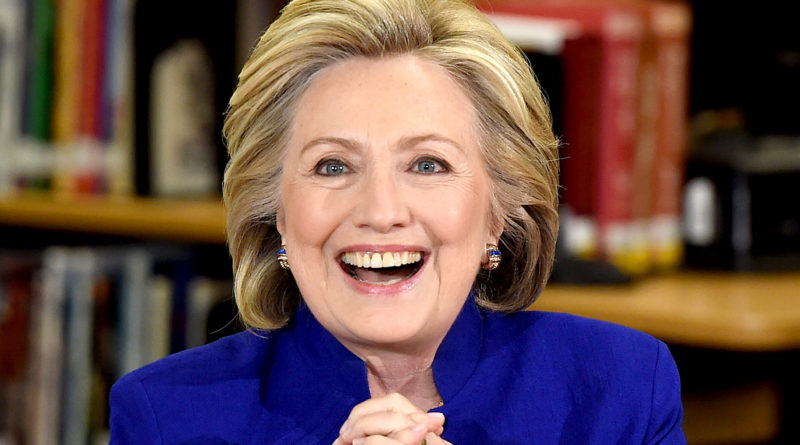 Former U.S. Secretary of State Hillary Clinton supported the decision of the U.S. House of Representatives to begin an impeachment process against U.S. President Donald Trump, according to People magazine.

Speaker of the House Rep. Nancy Pelosi announced the beginning of the impeachment inquiry against President Trump. The reason for such an extreme step was the alleged attempt by the head of state to use the Ukrainian authorities to compromise his main opponent in the 2020 Presidential Election, as well as attempts to hide these actions.

“I’m in favor of impeachment. I did not come to that decision easily or quickly, but this is an emergency as I see it,” Clinton said. ” This latest behaviour around Ukraine, trying to enlist the president of Ukraine in a plot to undermine former Vice President Biden or lose the military aid he needs to defend against Trump’s friend Vladimir Putin — if that’s not an impeachable offence, I don’t know what is.”

Earlier, it was reported that the American leader, during a conversation with Zelensky, allegedly disclosed some secret information and tried to force the Ukrainian authorities to launch an investigation against former Vice President and member of the US Presidential Race Joe Biden. Trump denies this and believes that this story is fabricated to shield Biden, whose son is allegedly involved in corruption in Ukraine.

The Wall Street Journal, citing sources, had previously reported that during this conversation Trump allegedly repeatedly pressured Zelensky to open an investigation into Biden’s son Hunter. Ukrainian Foreign Minister Vadim Pristayko in an interview with Hromadske said that Trump did not put pressure on the Ukrainian leader.

Biden’s son Hunter served on the board of directors of Burisma Group, one of the largest private gas companies in Ukraine. When he was Vice President of the United States, Biden Sr. in 2016 demanded a strict anti-corruption policy from Kiev and, as part of this campaign, called for the resignation of the then acting Attorney General, who also investigated the activities of Burisma. At the same time, Yury Lutsenko, who was the Prosecutor General of Ukraine declared that has no certificates of offenses which Biden Sr. or his son could have committed on the territory of the country.