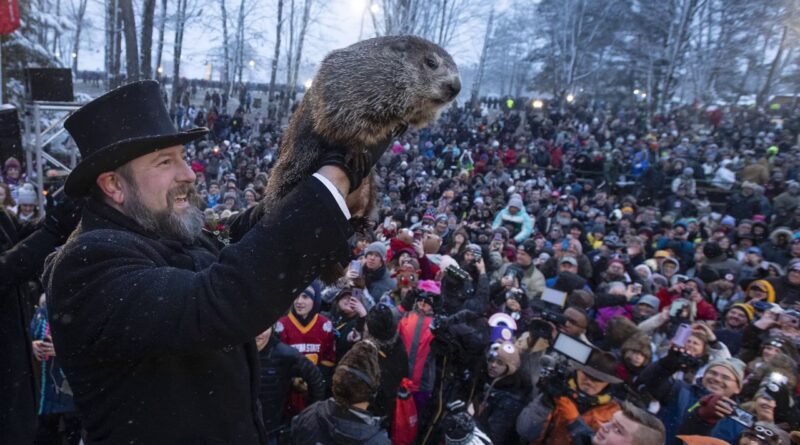 Groundhog Phil predicted a prolonged winter in the United States

American Groundhog Phil on Tuesday morning predicted a prolonged winter in the United States, according to the TV channel ABC, which conducted a live broadcast of the 135th Groundhog Day from the state of Pennsylvania.

Groundhog Day is celebrated in the United States on February 2. According to popular belief, on this day, you need to carefully monitor the groundhog coming out of its hole to find out when spring will come. It is believed that if the groundhog does not see its shadow and calmly leaves the hole-winter will soon end and spring will be early. If the day is sunny, the groundhog sees its shadow and, being afraid of it, hides back in the hole – spring will not come soon.

On the north-east coast of the United States these days, snowstorms hit. In the city of Punxsutawney (Pennsylvania), where the ceremony is traditionally held, it also snowed lightly in the morning. Apparently, in this regard, the groundhog was in no hurry to leave its hole, which was replaced by an artificial shelter, stylized as a fragment of a tree trunk with doors and a sign “Phil”. One of the organizers pulled the animal out of the house himself. It was decided that this meant a prolonged winter that would last for another six weeks.

Groundhog Day usually attracts thousands of spectators to Punxsutawney, but this year, due to the coronavirus pandemic, they were forced to watch the ceremony in a virtual format.