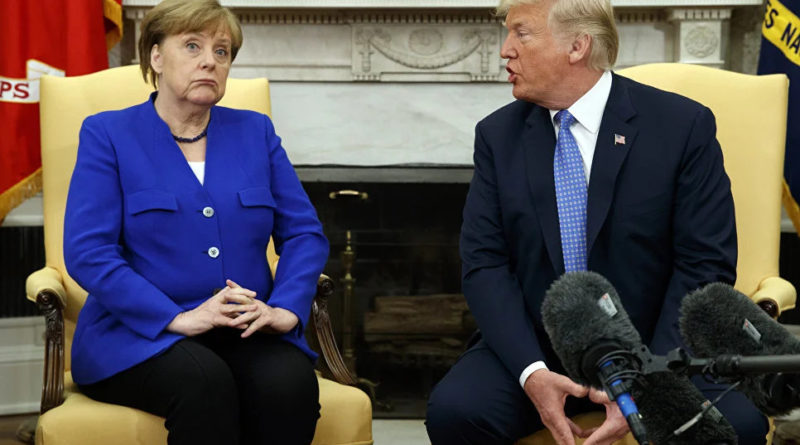 Germany Spends Millions Of Euros For The Maintenance Of US Troops

The German government over the past seven years has spent €243 million on the maintenance of the American military contingent in Germany. Reports the dpa agency, citing a copy of the response from the Finance Ministry to the Left party.

From the document it follows that this money was spent, among other things, on retirement for former employees, maintenance of buildings and grounds. Another hundreds of millions of euros were allocated for construction at American bases. Of the 480 million euros allocated by the government in the period from 2012 to 2019 years to participate in the construction of military facilities in NATO countries, almost all of the money goes to the United States, follows from the response of the German Ministry of Finance.

According to the document, there are currently about 35,700 American soldiers in Germany, more than half of them — 18,459 — are located in the Federal State of Rhineland Palatinate. Another 11,689 American soldiers stationed in Bavaria, 3036 in Baden-Württemberg and 2,471 in Hesse.

According to the US Embassy in Germany, 17,000 American and 12,000 German civilians also work at American military bases in Germany.

The United States plans to deploy about one thousand troops from Germany to Poland. The American ambassador in Berlin recently linked this measure with insufficient, according to Washington, German defense spending.

“It’s offensive to assume that the US taxpayers will continue to pay for more than 50,000 Americans (troops) in Germany, but the Germans get to spend their surplus on domestic programmes”, U.S. Ambassador to Germany Richard Grenell said in this regard.