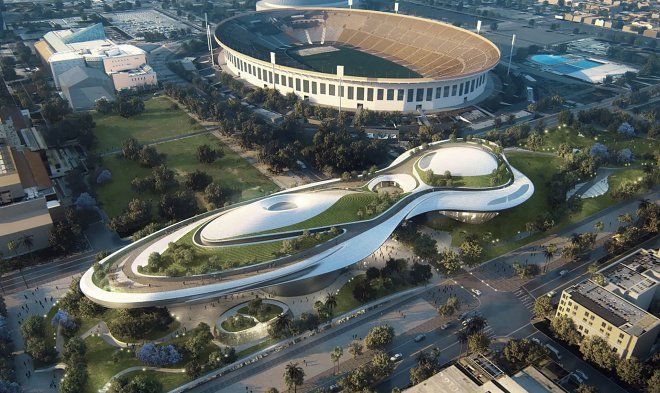 The more complex the projects, the more desirable they become for their authors. The George Lucas Museum, dedicated to narrative art, was first announced in 2014 and immediately attracted public attention.

But the fate of this project has not been easy. It has been revised several times – not only the launch date, but also the location changed. It was originally planned to be built in Chicago, but now the walls of the museum are being built in Los Angeles. The cultural object will open its doors to visitors in 2025.

Many believe that the museum is supposed to resemble a “spaceship,” but the architects were clearly inspired by nature – the surrounding landscape was taken as the basis. The building will be somewhat elevated above the ground, and visitors will enjoy the lush greenery inside. The facade will have 1,500 curved polymer panels reinforced with fiberglass for strength. The building, with a total area of 30,000 square meters and five stories high, will offer not only exhibition galleries and halls, but also educational and recreational spaces, restaurants and stores.

200 trees will be planted in the immediate vicinity of the museum, and the overall design will be complemented by a hanging garden, a pedestrian bridge and an amphitheater. Solar panels and a rainwater harvesting system are planned to reduce maintenance costs. Inside will be a collection of artifacts, equal to which may not be found in the world. It is estimated to cost an impressive 400 million dollars. You will be able to see samples of ancient ceramics, as well as modern comics and even materialized scenes from iconic movies. 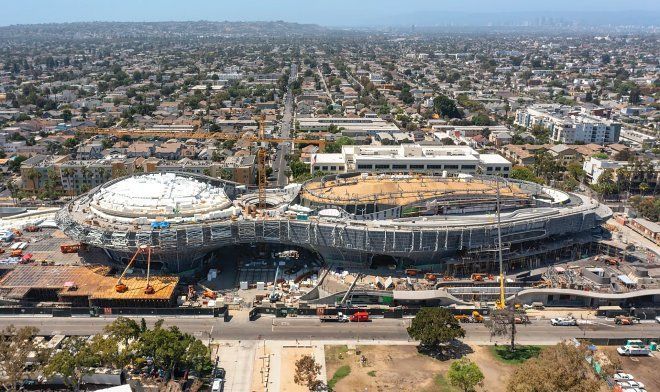