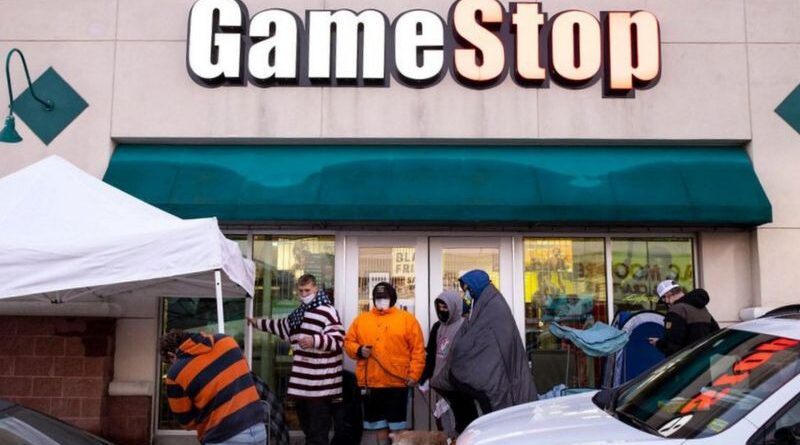 There is a real battle between Wall Street professionals and amateur investors who use social networks, in particular, the Reddit platform. And the amateurs still win.

At the epicenter of this battle was the American video game company Gamestop — a kind of dinosaur in the world that is rapidly moving to the Internet.

The situation, according to the analyst Markets.com Neil Wilson, getting weirder and weirder.

«We are seeing a very interesting movement in some market segments,» he says.

«Will it all end sadly? Thomas Hayes, managing director of the hedge fund Great Hill Capital, asks in turn. «Of course. We just don’t know when.»

Certainly not the company itself, which one of the professional investors called a sinking retailer.

The whole point is that a whole army of savvy amateur traders, who have access to cheap or completely free trading platforms like Robinhood and have a lot of free time on the occasion of lockdowns, exchange useful tips and raise prices through the wallstreetbets chat thread on the Reddit platform.

In their sights was not only Gamestop, but also Blackberry, AMC and Nokia Oyjis, which are in the epicenter of the battle between the Goliaths in the face of hedge funds and large investors and the Davids of the army of individual traders Reddit.

A key element of what is happening is the so-called short selling, or shorting, when a hedge fund borrows shares of companies from other investors in the hope that their value will fall.

Such a hedge fund sells these shares on the stock exchanges for, say, $ 10, waits for them to fall in price to $ 5 and buys them back. Then these borrowed shares are returned to their owner, and the fund is left with a profit.

At least, this is the case in a simplified form.