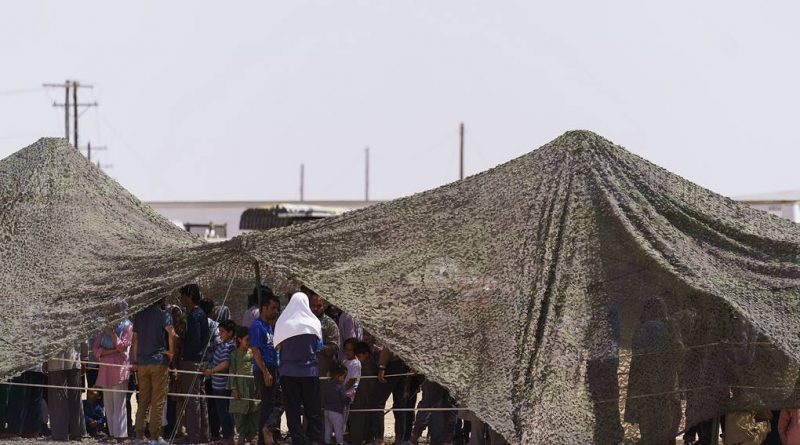 Several Afghan refugees attacked a woman at a U.S. Army base in New Mexico. This was reported on Friday by the television channel Fox News.

According to its information, the incident occurred on September 19, when a small group of men arriving from Afghanistan attacked a servicewoman. The investigation is being handled by the Federal Bureau of Investigation. “We received a referral from Fort Bliss base and are looking into the circumstances of the case,” Fox News reported.

As the facility command noted, “Additional security measures are being implemented at Fort Bliss base, including increased patrols, additional lighting and a mutual support system,” with at least two people in constant visual contact.

There is no information yet on the condition of the assaulted servicewoman or the identities of the suspects.

More than 60,000 Afghans have been evacuated to the United States since August 17, according to The Washington Post. Representatives of the American administration had earlier announced that they were going to take about 95,000 citizens of Afghanistan. Congress was asked for about $6.4 billion for these needs.