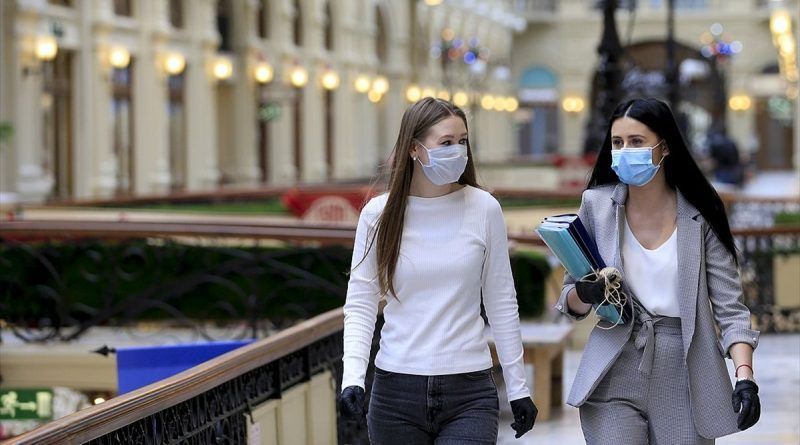 Five states in the U.S. are relaxing the mask regime

Administrations in five U.S. states have announced that they intend to relax coronavirus restrictions on mandatory medical masks due to declining rates of COVID-19.

New Jersey officials said they are eliminating mask-wearing in schools after reviewing recent data on vaccination rates and morbidity. “This is not a declaration of victory, but a recognition that we can responsibly live with the coronavirus,” said state Governor Phil Murphy.

The state of Delaware is eliminating the requirement to wear masks indoors as of Feb. 11; a similar requirement for schools will be eliminated by the end of March. Oregon officials intend to remove such restrictions by April.

Connecticut Governor Ned Lamont spoke in favor of eliminating the mask restrictions, but left it up to local authorities to make that decision. “It’s time to say, we are no longer at the level of morbidity when wearing masks was mandatory. Each mayor can make that decision on his or her own. I recommend a Feb. 28 repeal date,” he said.

The administration in California, the most populous state in the U.S., will stop requiring people to wear masks indoors next week, but for now is keeping them mandatory in schools. Authorities in New York State are exploring the possibility of abolishing the mask regime in schools, but are not yet ready to do so because of the lack of vaccination rates among children.

According to Johns Hopkins University, which conducts calculations based on federal and local government information, more than 76.8 million cases of coronavirus infection have been identified in the United States since the beginning of the epidemic, and more than 905,000 people have died. For both indicators, the country ranks first in the world. Over the past three weeks, the number of cases of infection in the U.S. has declined by a factor of two and a half; on average, about 290,000 new cases are registered in the country every day.