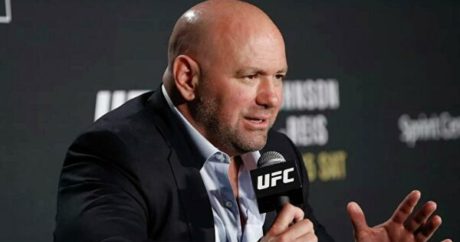 The fight for the UFC lightweight title between Russian Khabib Nurmagomedov and American Justin Gatzhi will take place at a convenient time for the European audience, said the head of the UFC Dana white.

The match between Nurmagomedov and Gatzhi will take place on October 24 in Abu Dhabi.

«The start time of the fight will be suitable (for the European audience). The fight will start in the afternoon (us time), » white said bloodyelbow.com.

Gatzhi on may 9 in Jacksonville (USA) ahead of schedule defeated compatriot Tony Ferguson and won the belt of the interim UFC lightweight champion. In mixed martial arts, the 31-year-old American has 22 wins and two losses. His peer Nurmagomedov won all of his 28 fights.