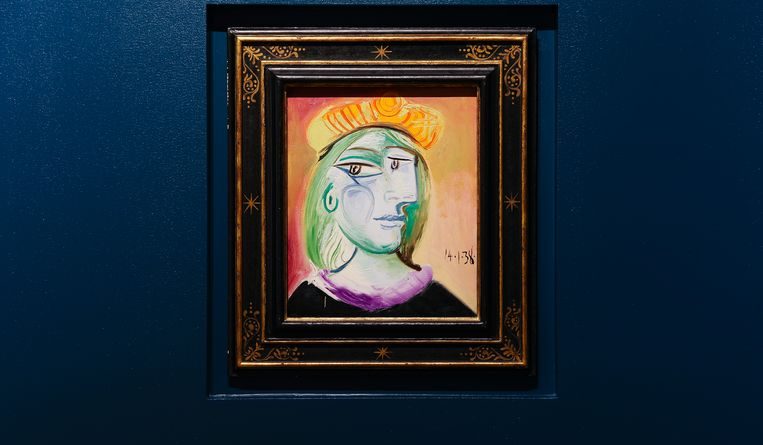 Works by the founder of Cubism Pablo Picasso (1881-1973) were sold on Sunday for $108.9 million in Las Vegas, Nevada. It was announced by the organizers of the auction at Sotheby’s.

The auction featured 11 works “that until recently were on display at the Picasso Restaurant at the Bellagio Hotel.” The auction, organized by Sotheby’s together with the American company MGM Resorts, was held in the hotel-casino Bellagio in Las Vegas.

The proceeds from the sale of nine of the 11 paintings greatly exceeded the expectations of the house. The most expensive lot was the painting “Woman in a red-orange beret” (Femme au beret rouge-orange, 1938), which depicts the sitter Maria Theresa Walter. The portrait, which was estimated at $30 million, went under the hammer for $40.479 million.

Also at auction were paintings “Breakfast on the grass” (Le Dejeuner sur l’herbe, 1962), “Bust of a man” (Buste d’homme, 1969), “Man and Child” (Homme et enfant, 1969), “Still Life with a Basket of Fruit and Flowers” (Nature morte au panier de fruits et aux fleurs, 1942), “Still Life with Flowers and a Vase of Fruit” (Nature morte aux fleurs et au compotier, 1943). The canvases were “complemented by ceramics and two unsurpassed ink drawings on paper. All these lots were owned by MGM Resorts.