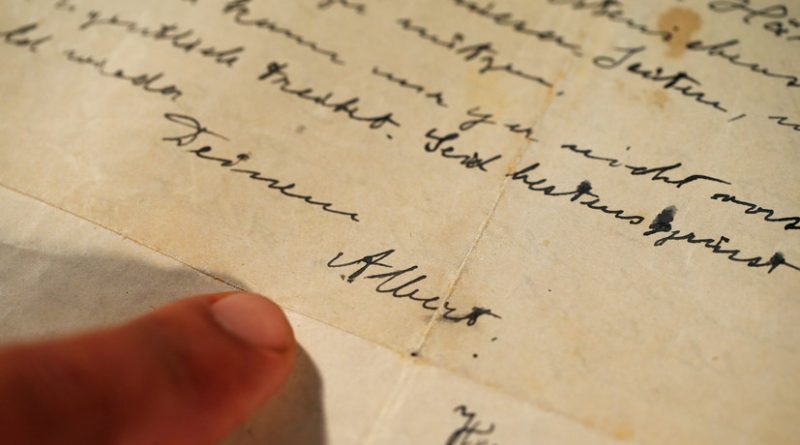 A handwritten letter from theoretical physicist Albert Einstein, which contains the famous formula E=mc2, sold at the Boston RR Auction for more than $1.2 million.

This is stated in a message on the auction website.

It is noted that the starting price of the letter was about $400 thousand.

It is also reported that this copy was presented to the general public for the first time.

Earlier it became known that the painting of the Spanish artist Pablo Picasso “A woman sitting at the window” (“Maria Teresa”) was sold at auction at Christie’s auction house for $103.4 million.