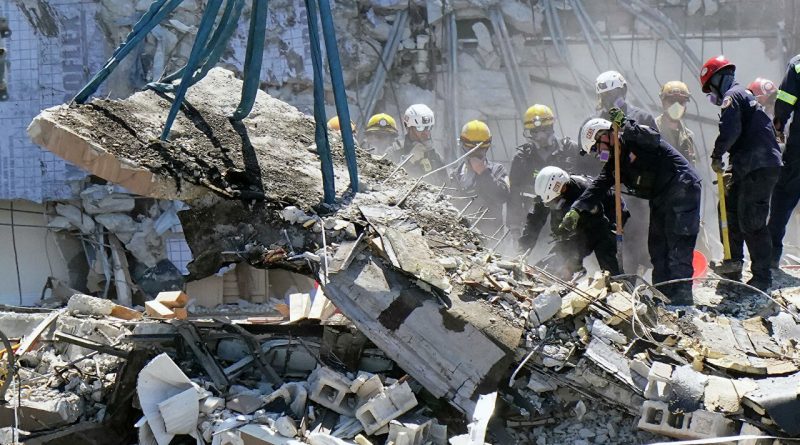 The death toll in a home collapse in Florida has risen to 27, the Associated Press reports, citing a local fire department spokesman.

A multistory building partially collapsed June 24 in Surfside Township, part of the Miami metropolitan area. Authorities said about half of the 130 apartments in the building had collapsed. Search efforts are continuing, authorities said.