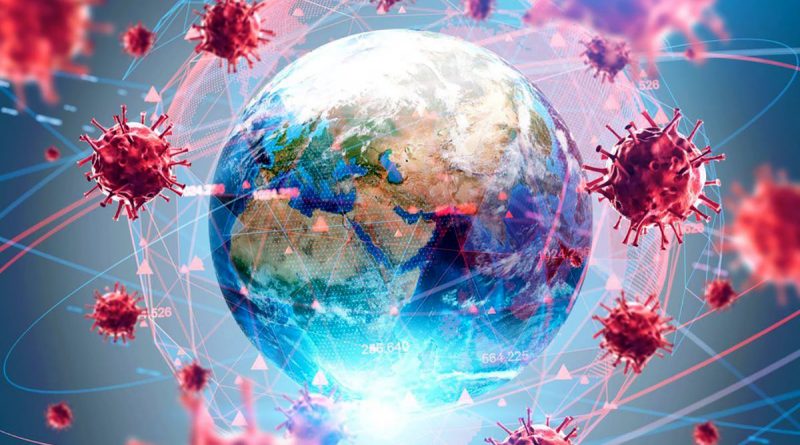 Coronavirus Spread in the World Nearly Halved in a Month

The rate of spread of coronavirus infection on the planet by the end of September has decreased almost one and a half times compared to the beginning of the month, according to the data of the World Health Organization.

A steady decline in the incidence of the disease has been observed in South America and Western Europe, as well as in several Asian countries.

In Canada, Eastern Europe, the Philippines and South Korea, on the contrary, there is a tendency to increase the rate of infection. The highest daily increase in the number of infections is registered in the USA and Great Britain.

America
The United States has detected more than 130,000 new infections per day, the highest rate in the world today. At the end of August the infection rate was twice as high as in the United States.

In Canada the infection rate has continued to grow, with about 5,000 cases detected daily, the highest since late May.

In the other most affected countries of North and South America there has been a significant decrease in the incidence of the disease. Mexico peaked in late August with 28,000 new infections in 24 hours, but by late September the daily increase dropped below 10,000. In Brazil less than 20,000 infected per day have been identified, a month earlier rates were one and a half times higher. In Argentina, the daily increase has fallen below 2,000 – three times less than in August and 20 times as high as in May. In Colombia, the incidence has stiffened at about 1,500 cases per day, and in Peru, about 0.8,000.

Europe
Among European countries the highest infection rate is in Great Britain: during last month more than 30 thousand cases per day have been diagnosed there. Situation in Belgium and the Netherlands is also stable, but the level is much lower: 2-2.2 thousand infected people per day are registered there.

In France about 5 thousand people per day are now infected with covid, in Spain – about 2 thousand. A month ago this figure was six times higher. In Portugal during last month sickness rate decreased three times, up to 0,7 thousand infected per day, in Italy – twice, up to 3,5 thousand. In Germany in the beginning of September over 15 thousand infected were recorded and by the present time the rate dropped below 8 thousand.

However, in the countries of Eastern Europe we can observe the growth of disease incidence. In particular, in Ukraine more than 8 thousand infected per day have already been diagnosed, in Romania – over 7.6 thousand, in Bulgaria – about 2 thousand. The tendency of growth is traced in Poland and Czech Republic, and the current rates (0.9 thousand and 0.5 thousand accordingly) are half as much in comparison with the peak values of spring of the current year.

Asia
In India during the last month there have been about 30 thousand infected people per day, which is the highest figure in Asia. But in May daily increase exceeded 400 thousand.

In Turkey there are 28 thousand new infections per day, which is the maximum in almost five months. The incidence rate in the Philippines has risen to its peak of about 20,000 infected people per day. South Korea reported more than 3.2 thousand cases in 24 hours last Saturday, the highest since the start of the pandemic.

In Israel, after reaching a peak at the beginning of the month (about 11.3 thousand infected per day), the incidence rate has dropped below 5,000. In Iran, it has dropped from 40,000 to 15,000, In Thailand and Malaysia as compared to the August peaks the disease rate has almost halved and currently about 12-13 thousand people per day are registered there; in Vietnam the rate has decreased 1.5 times, down to 10 thousand people. In Japan the disease rate peaked in late August when 26 thousand cases a day were registered; since then the rate has decreased 10 times.