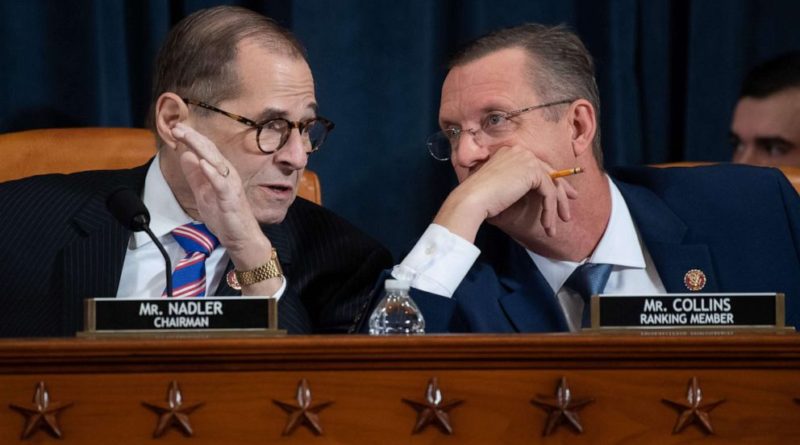 The House Judiciary Committee began hearings on Monday with lawyers from both parties to decide whether to charge President Donald Trump, and if so, which ones.

Democrats intend to accuse Trump of abuse of power and possibly obstruction of justice. The list of charges could be ready as soon as this week, and the Committee is ready to vote on them without further delay.

Republicans are expected to criticize the impeachment inquiry and the arguments of lawyers presented by Democrats.

The White House refused to attend the hearing. At the same time, representatives of the White House said they are counting on an honest process in the Republican-controlled Senate after the Democrats impeach Trump in the House of Representatives.

Democrats began the process of impeachment against Trump, suspecting him of delaying military assistance to Ukraine and demanding, in exchange for providing assistance, to investigate his political opponent Joe Biden and his son Hunter. Trump claims that he demanded that the Ukrainian authorities only fight corruption.