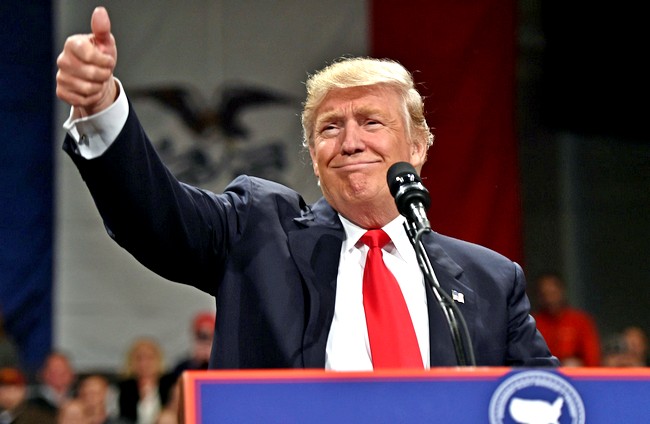 Trump Urges Democrats To Impeach Him As Soon As Possible

US President Donald Trump said if Democrats in the House of Representatives want to impeach him, they need to do it right now so that after a fair trial in the Senate, the country can return to business.

“The Do Nothing Democrats had a historically bad day yesterday in the House. They have no Impeachment case and are demeaning our Country. But nothing matters to them, they have gone crazy. Therefore I say, if you are going to impeach me, do it now, fast, so we can have a fair trial in the Senate, and so that our Country can get back to business. We will have Schiff, the Bidens, Pelosi and many more testify, and will reveal, for the first time, how corrupt our system really is. I was elected to “Clean the Swamp,” and that’s what I am doing!” Trump wrote on Twitter.

If the House of Representatives declares impeachment to the President, the Senate must conduct a trial of the head of state. To remove Trump from office, it is necessary that two-thirds of senators recognize him guilty of a crime. Republicans control the majority in the Senate, and none of them have yet spoken in support of impeachment.

Earlier, White House spokesman Hogan Gidley said Trump welcomed the possible consideration of impeachment in the Senate, where Republicans control the majority, and was waiting as witnesses to ex-vice president Joe Biden and his son Hunter, as well as the author of the complaint that initiated this situation.

Democrats began the process of impeachment against Trump, suspecting him of delaying military assistance to Ukraine and demanding, in exchange for providing assistance, to investigate his political opponent Joe Biden and his son Hunter. Trump claims that he demanded that the Ukrainian authorities only fight corruption.