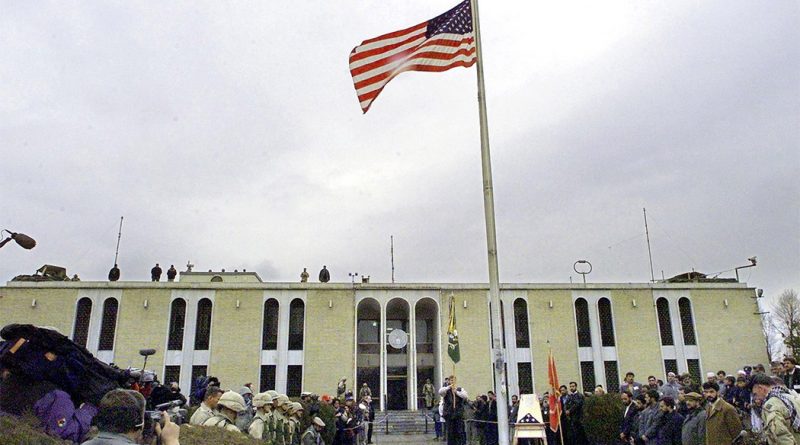 The United States intends to evacuate its embassy staff in Kabul by Tuesday. This was reported by CNN on Sunday, citing its sources.

According to the channel, U.S. military helicopters fly between the embassy and Kabul International Airport, where they transport the diplomatic mission’s staff, as well as special refugee visa holders – Afghans who worked for the U.S. military.

The United States called on other countries to move their diplomats to the airport for further evacuation from the country. It is reported that the staff of the Danish embassy is at the airport.

Earlier the media reported that militant groups had reached the outskirts of the Afghan capital. The movement’s spokesman, Zabihullah Mujahid, said the fighters had received orders not to storm the city.

“We have ordered our fighters to stay on the outskirts of Kabul and not to storm the city,” he wrote on his Twitter page. – We want to avoid civilian casualties, but we have not declared a cease-fire,” Mujahid noted. – We will give safe passage to anyone who wants to leave the capital Kabul, we call on women to go to places of safety in the capital.

The Iranian newspaper Tehran Times reports that Afghan President Ashraf Ghani is in his palace negotiating with representatives of the militants. U.S. troops have replaced the Afghan guards at the palace. Three U.S. army helicopters stand waiting outside the palace. According to the newspaper, former Afghan President Hamid Karzai and Foreign Minister Mohammad Hanif Atmar are calling on Ghani to step down.