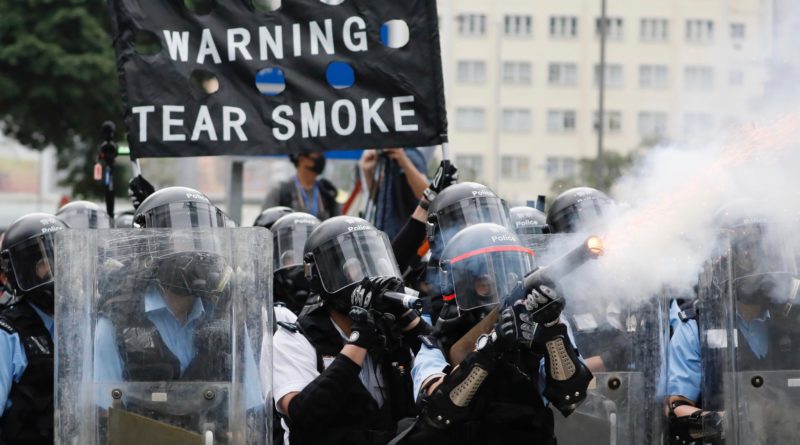 Key figures in the U.S. Congress are deliberately encouraging unrests in Hong Kong, speaking in defense of openly violating the law aggressive protesters. This was stated on Saturday by the official representative of the National People’s Congress (NPC).

“Illegal actions taken in Hong Kong, especially the violence of radical protesters, seriously violate … the legal norms of the PRC and its special administrative region. A number of members of the U.S. Congress whitewashed violent crimes as a struggle for human rights and freedom … Such statements are illegal and testify to double standards, they should be considered as rude interference in the internal affairs of the PRC,” China’s Central television quotes the official’s statement made in response to criticism from House Speaker Nancy Pelosi, Senator Mitch McConnell, Senator Marco Rubio.

“The people of Hong Kong are trying to preserve the promise of One Country – Two Systems. If we don’t speak out for human rights in China because of commercial interests, we lose all moral authority to speak out elsewhere…..It is alarming to watch the #HongKong police with support from Beijing intensify their use of force against the protesters and label them violent criminals,” Nancy Pelosi tweeted.

McConnell, meanwhile, said that “the people of Hong Kong are bravely standing up to the Chinese Communist Party as Beijing tries to encroach on their autonomy and freedom.”

The representative of the NPC emphasized that the law should severely punish criminals who by their radical actions undermine stability in Hong Kong. He noted that the majority of Hong Kong people condemned such behavior by the instigators of the riots.

Protests have been held in Hong Kong regularly since the beginning of June. The demonstrators demand not to adopt amendments to the extradition law, which would allow the extradition of suspected Hong Kongers to mainland China. Under public pressure, the head of the local administration removed the bill from the agenda, but this did not stop the wave of protests.