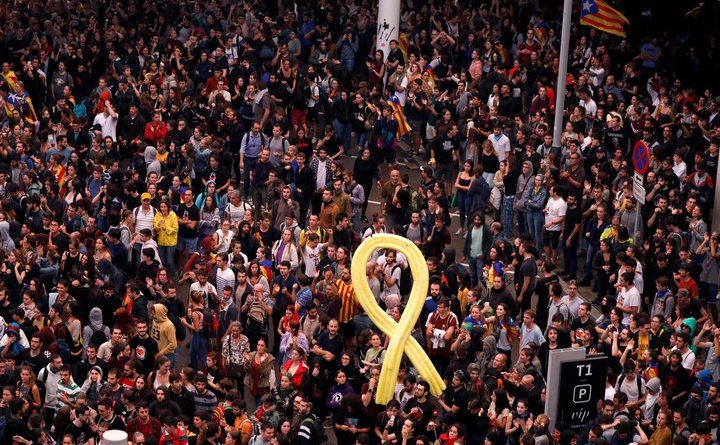 Catalonia Protests: 14 People Were Injured During The Protests

At least 14 people were injured in Catalonia, Spain, during protests by pro-independence supporters, according to the regional medical emergency service.

According to the emergency service, 11 people were injured in Barcelona, three more – in Girona. The Catalan police said that 13 people were detained during the protests.

Protests have been held in Catalonia since Monday. They began after the Supreme Court of Spain delivered a verdict against Catalan politicians, involved in organizing the 2017 independence referendum, to 9-13 years in prison on sedition charges and the other three to fines over disobedience.

According to the newspaper El Pais, the number of protesters is clouse to 2 thousand. During mass protests several hundred people were injured, besides enormous material damage.