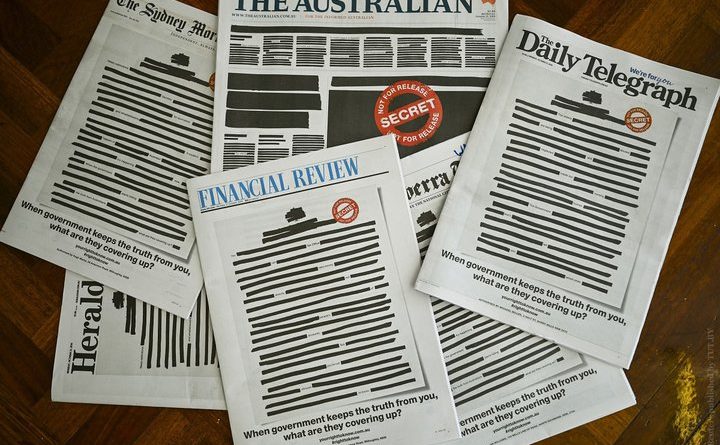 Top Australian newspapers printed their front pages in full black ink. The protest is aimed at Australian national security laws that suppress the work of the press, BBC reports.

More than two dozen publications, television companies and news sites, including the most popular newspapers in Australia, such as The Daily Telegraph, Herald Sun, The Advertiser took part in the action. The retouched text on the front pages is accompanied by a red stamp with the inscription “NOT FOR RELEASE, SECRET”.

Publications demand not to prosecute authors of journalistic investigations and their informants as part of the anti-espionage laws adopted in Australia in 2018.

On October 20, the Australian government confirmed that three journalists could be prosecuted after searches in the Australian Broadcasting Corporation (ABC) and News Corp Australia in June 2019. The searches were linked to the ABC’s publication of material about war crimes committed by the Australian military in Afghanistan, as well as an article in the Daily Telegraph that Australian intelligence agencies are going to spy on their own citizens. Both articles were written on the basis of classified data.