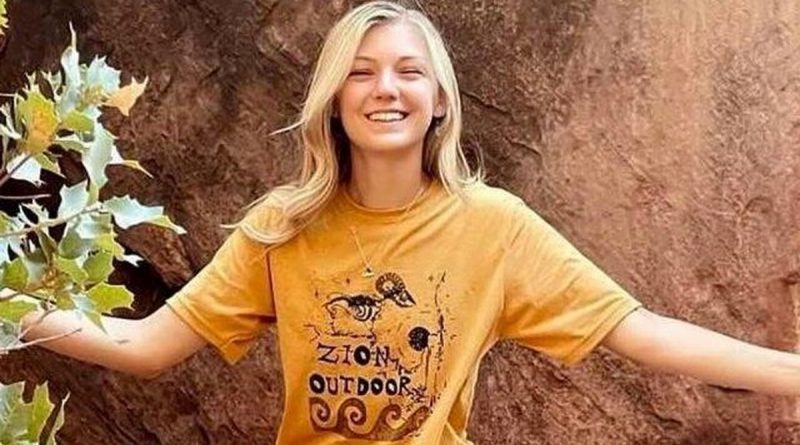 The search began last week in the United States for 22-year-old Florida resident Gabrielle Petito, who left with her fiancé in mid-July for a trip across the country and went missing. The girl’s parents sounded the alarm when 23-year-old Brian Londry returned home alone in Gabby’s car on Sept. 1 and refused to cooperate with police.

A young woman’s body was found in Wyoming. It matched the description of the missing girl. Employees at a Wyoming national park found the body of a young girl during a search operation that has been going on for more than a day. Her description matches that of the missing Gabby Petito. It is known that the wanted Florida resident’s plans included visiting Wyoming’s wilderness areas with her fiancé, Brian Londry. FBI officials have little doubt that the body found belongs to Petito. Specialists are working at the scene and will now have to determine the cause of death and identify the deceased.

Meanwhile, Londry, 23, managed to disappear. He was a material witness in the case of Gabrielle’s disappearance, but refused to talk to police. No charges were filed against him. Brian is currently a wanted man. On Sunday, August 19, he was searched for within a radius of more than 100 km from the house where he lived. The FBI believes the young man is traveling on foot and may be hiding in remote areas of the Carleton Reserve in Florida. On Monday, September 20, new teams of law enforcement officers joined the search for Londry. So far, the suspect has not been found.

Recall that the young couple traveled across the United States in a white Ford Transit motorhome owned by Gabrielle Petito. She left New York City in mid-July and shared photos and videos of sights she encountered along the way on social media. Gabby and Brian’s video, “The Beginning of Our Nomadic Life in the Van,” has already garnered more than 3.5 million views on YouTube. Petito’s father and stepmother last communicated with her via FaceTime on Aug. 21. At the time, the young people were in Utah. Gabrielle shared her last Instagram post on Aug. 25, and on the 30th, the girl’s mother received a text message from her. There is no certainty that it was Gabby who sent it.

On September 1, her fiancé Brian returned home alone and was silent on all questions about Petito. On September 11 Gabrielle’s parents officially reported her missing. Londry flatly refused to cooperate with the police. It is known that on August 12, Utah police officers responded to a call that something was going on at the motor home. When they arrived on the scene, they spoke to the crying girl, who reported that she had had a fight with her boyfriend. Gabby and Brian declined to accuse each other, citing personal problems. The police report indicated that they both had cell phones for emergencies. The officers advised them to spend the night apart and left.