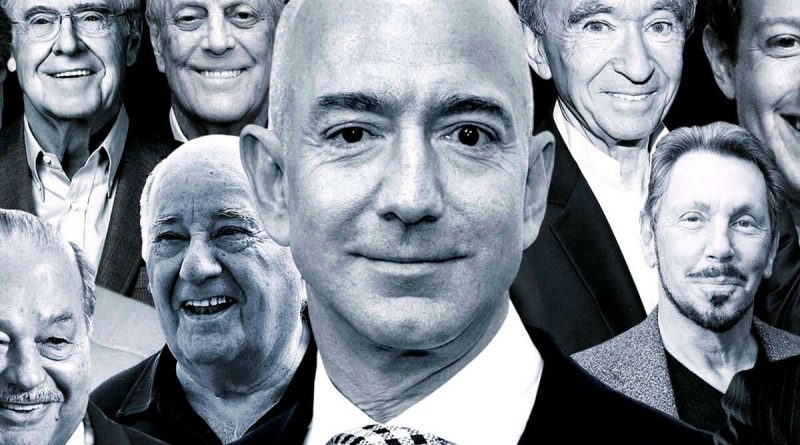 Billionaires in the U.S. have increased their fortunes despite the pandemic

Many American billionaires have significantly increased their wealth over the past 17 months, despite the spread of a new coronavirus that has caused serious economic damage. That’s according to a report released Tuesday by the Institute for Policy Studies, a Washington-based non-governmental organization that focuses on wealth inequality in the United States.

The researchers noted that “U.S. billionaires have become $1.8 trillion richer during the pandemic,” meaning their “combined wealth has grown by nearly two-thirds (62%). In March 2020, it was estimated to be about $3 trillion, and by August 17, it had risen to $4.8 trillion. According to these estimates, in March 2020, 614 people in the U.S. had a fortune of a billion dollars or more. By August of this year, that number had risen to 708.

The researchers base their estimates, in particular, on the data of Forbes magazine. The Institute for Policy Studies stresses that a significant number of Americans are facing serious financial difficulties. These problems were exacerbated during the economic crisis caused by the pandemic. The researchers noted that over the past 17 months, “more than 86 million Americans have lost their jobs, nearly 38 million have contracted the virus and more than 625,000 have died.