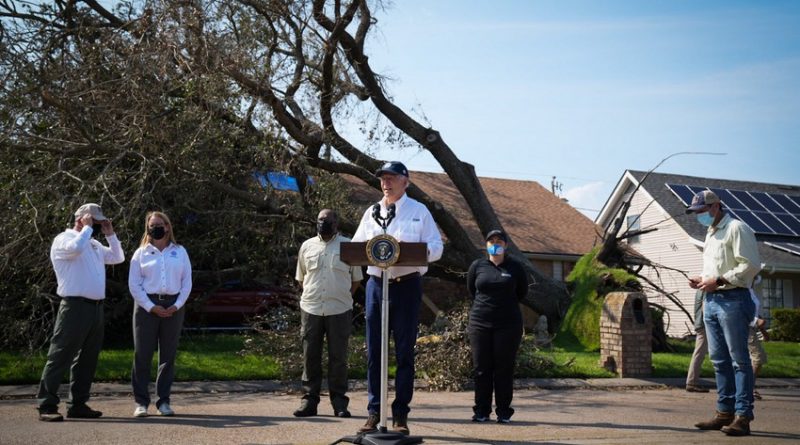 U.S. President Joe Biden visited Hurricane Ida-ravaged New Orleans, Louisiana, on Friday, where he spoke about the measures the U.S. administration is taking to deal with the consequences of the disaster.

“As of this moment, we have provided $100 million in direct assistance to Louisiana residents, including with the assistance of the governor of the state, sending $500 each to their bank accounts,” Biden said.

The president also reiterated his support for his proposed plan to upgrade the nation’s infrastructure, which he said would improve preparedness for similar natural disasters in the future.

Biden also recalled that he has ordered the use of the nation’s strategic oil reserve, if necessary, to combat fuel shortages in hurricane-affected areas.

Hurricane Ida, a Category 4 hurricane, struck Louisiana on August 29 and soon weakened into a tropical storm. At least six people lost their lives to the elements. Heavy rain and gusty winds lingered in parts of Louisiana and Mississippi afterward. A tornado threat was declared in Alabama, Mississippi and Florida.