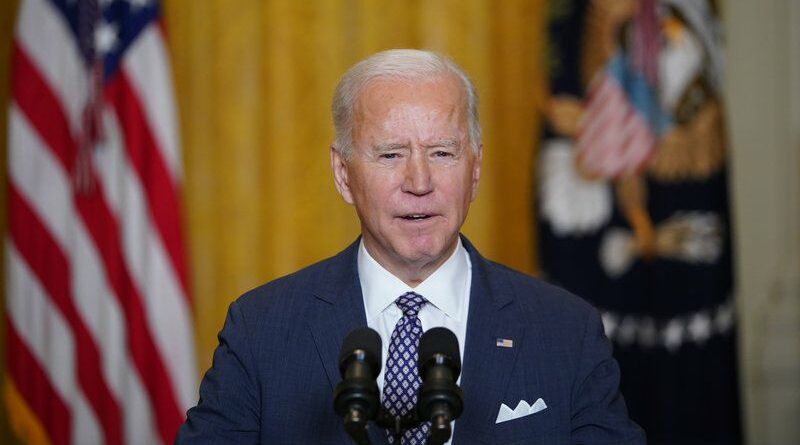 The time of the press conference is unknown, but it is assumed that it will take place in the afternoon local time, which is 7 hours «behind» Moscow.

Reporters have been asking Biden’s press secretary, Jen Psaki, for weeks when he will give a press conference, and newspaper editorial columns have noted the unusual delay. Eventually, speculation began about what might be delaying Biden.

The most common suspicion is that the Biden team is afraid of the verbal «blunders» that the president is guilty of. He is known for getting into trouble more than once for making funny or ill-considered statements, although this has never harmed his political career. Since assuming the post of head of state, he has spoken to the press, responded to individual calls from the press pool and given TV interviews, but in all these cases it was easier for him to control his answers than during the constant «bombardment» of questions from a large journalistic audience.

However, the White House has now taken care of the large number of reporters under the pretext of the coronavirus — only three dozen representatives of the verified presidential pool will get into the hall. In addition, it is known that the vast majority of the media in the United States support the Democrats, so Biden is likely to get less pressing issues than his predecessor Trump.

In addition to the blunders, the focus will be on the physical form of the 78 — year-old US president-the oldest person ever elected to this post. Five days ago, Biden tripped and fell three times while climbing the carpeted ramp of his plane. The White House assured the president that everything is fine, but questions on this topic began to appear again during Psaki’s briefings.

The tradition of presidential press conferences dates back to 1913, when it was initiated by Democratic President Woodrow Wilson.

Despite the fact that many presidents were distinguished by ambiguous statements, Biden is ahead of many on unintentional reservations — he once called himself a «blunder machine». During the campaign, he rarely gave press conferences, but he was quite successful in debates with Democratic rivals and with then-President Trump. In the three debates with Trump, Biden had no serious reservations that would affect public opinion. After his election, Biden shocked many observers by agreeing with a TV interviewer’s suggestion that Russian President Vladimir Putin was a » killer.» The United States usually avoids such attacks, as they are considered to make it extremely difficult for diplomatic relations with other countries. After Biden’s remarks, Russia invited the Russian Ambassador to Washington, Anatoly Antonov, to Moscow for consultations. Putin invited Biden to a live conversation, but he did not go for it. The Russian Foreign Ministry called it a missed opportunity. There is no doubt that questions about Putin will be raised again at a press conference on Thursday.