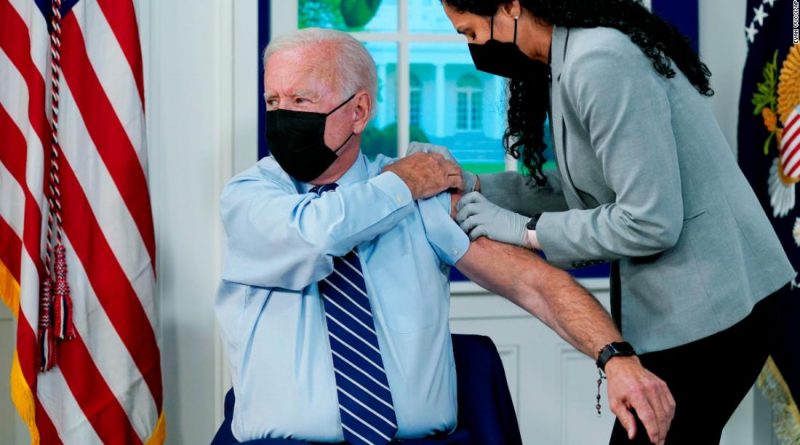 U.S. President Joe Biden received his third coronavirus vaccination, becoming one of the first Americans to be revaccinated.

Last week, the nation’s medical authorities approved a third dose of the Pfizer vaccine for people over the age of 65 and a variety of lower-age at-risk groups.

“I know I can’t get that much, but I’m over 65. So I’m getting my booster dose today,” Biden said at the White House ceremony.

In the crosshairs of the many television cameras, the president took off his jacket and rolled up his shirt sleeve to his shoulder with visible difficulty. He said the first lady of the United States would also be revaccinated, but at a later date.

Biden, who is 78 years old, received two major doses of the Pfizer vaccine in December and January – even before he took office as president of the United States.