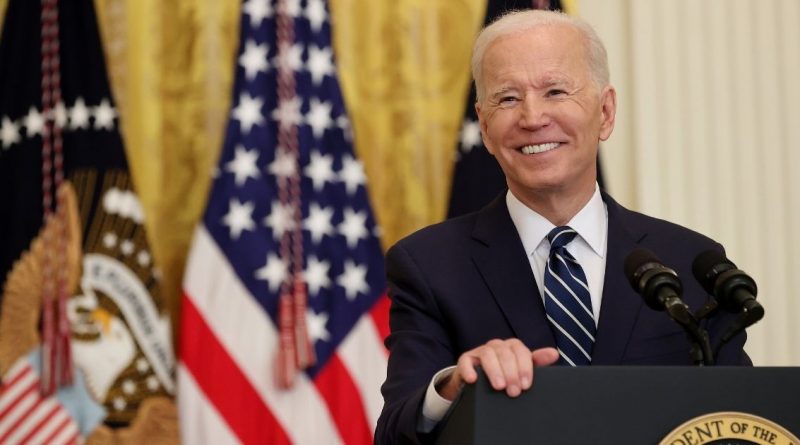 At a speech at the White House, Biden said that he had been president of the United States for 150 days and stressed that this “has worked out pretty well so far. The politician believes that this is not his merit, but the merit of the built system that works so well.

In addition, the U.S. leader commented on infrastructure reform in the country, the agreement on which has not yet been reached in Parliament. Biden said he understood perfectly well when he didn’t answer reporters’ questions about the implementation of the initiative and lightly slammed his fist on the podium.

Biden promised to drive journalists insane in the next four years and noted that the press representatives know him too well. The U.S. president also pledged to “tell the truth as he sees it,” stressing that he has long been involved in politics and talks to the Senate and House of Representatives.

“That doesn’t mean I will always be right. But I will not discuss something with the press while I negotiate about it privately with my colleagues,” Biden concluded.

Earlier, Biden was required to take a cognitive test. Trump’s former doctor and 13 other House Republicans wrote a letter to the U.S. president, which refers to the president’s “mental decline and forgetfulness,” points to his “missteps” and calls on the White House to release the results of Biden’s cognitive test.