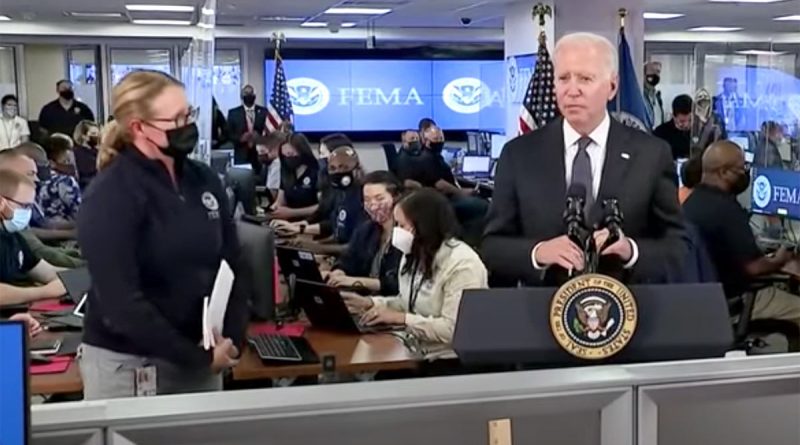 Biden lost his way after interrupting a conversation about Afghanistan

U.S. President Joe Biden, who refused to comment on the situation in Afghanistan, wanted to quickly hide from reporters, but failed.

On Monday, the White House head was speaking at the Federal Emergency Management Agency about Hurricane Ida raging in the state of Louisiana.

After the speech, the American leader said he did not plan to take questions from reporters, but later made an exception for a Bloomberg News reporter.

But when Biden realized that the speech would be about Afghanistan, he abruptly cut off the conversation, slammed his palm on the rostrum and headed for the exit. But he failed to retreat: Biden went the wrong way and hung around the conference hall for a while.

Biden often finds himself in embarrassing situations. For example, last week the American president was caught dozing off during talks with Israeli Prime Minister Naftali Benet.