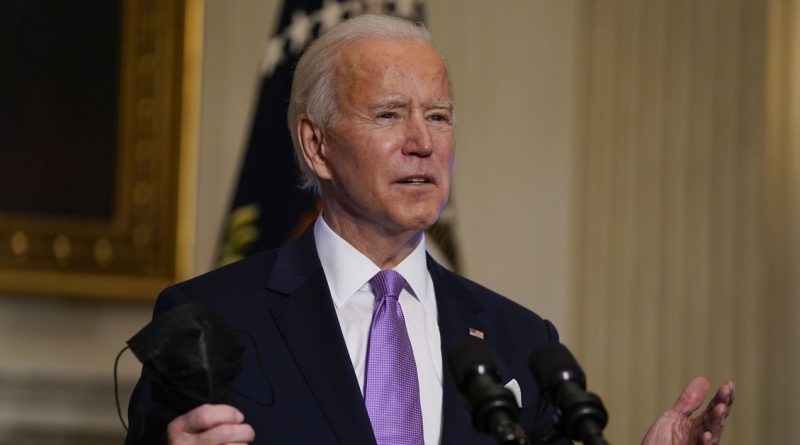 The administration of US President Joe Biden will suspend the lease of oil and gas sites in the National Arctic Reserve in Alaska until an environmental assessment is carried out. This was reported on June 2 by BBC World News.

Thus, Biden cancels the decision of former US President Donald Trump to sell the rights to oil production in the national reserve. The vast territory in Alaska is home to many animals, including polar bears, reindeer, and wolves.

The indigenous peoples positively assessed the decision, while the Republicans opposed it. According to BBC World News, in January 2021, just days before the end of his presidential term, Trump promoted the idea of selling oil production rights to about 5% of the reserve’s territory.

During his election campaign, Joe Biden promised to protect the inhabitants of the reserve and not let Trump’s plans come to fruition.

“The President is grateful for the prompt actions of the Ministry of Internal Affairs to assist in the suspension of all oil and gas transactions until the decisions that were taken in the last days of the last administration are reviewed. Otherwise, the nature of this place could have been completely changed, ” she added.

The Biden administration’s decision was criticized by Republican Senators Dan Sullivan and Lisa Murkowski, as well as Representative Don Young and Governor Mike Dunleavy. In their opinion, this decision does not pursue other goals than to hinder the development of the Alaskan economy and jeopardize the energy security of the United States.

Dunleavy also noted that the leases that were sold by the Trump administration are valid and cannot be canceled by the federal government.

The National Arctic Reserve, located in the northeastern part of Alaska, has a huge territory of 78 thousand square kilometers. It is the largest protected area in the United States, often referred to as America’s last untouched wilderness area.