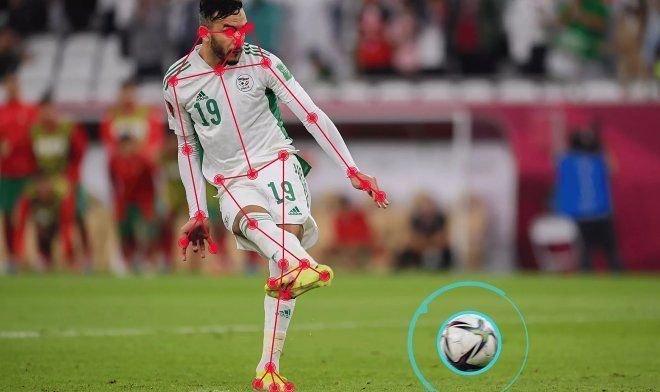 FIFA President Gianni Infantino announced that the upcoming FIFA World Cup 2022 will use innovative technology to control the movement of objects on the soccer field. Its main task is to eliminate false or controversial situations with the announcement of offside. The prototype for the system was the Video Assistant Referee, first tested at the 2018 World Cup in Russia.

The concept of offside has been one of the most controversial points in soccer for many decades. One of the latest amendments to FIFA rules says that if a player is in a forbidden position, but does not take any active action, then it cannot be called offside. But how do you really understand a player’s motives and assess his behavior, especially if he deliberately cheats the referees? That’s why a new technology was developed.

The core of the system is a complex of 12 cameras under the roof of the stadium, which monitor all events on the soccer field. They transmit data at 50 frames per second and are controlled by AI, which tracks up to 29 points on each player’s body, including all limbs, to recognize his movements. The ball that the soccer player hits has an inertial measurement unit, and it transmits data about its movement at 500 times per second.

All information is streamed to the processing center, where the AI analyzes it and immediately sends a message to the referee on the field about offside. Therefore, the system is semi-automatic – the equipment captures the offense, but the decision is made by a human. Additionally, the system generates 3D video showing the offence in all its details to display it on the stadium screens for the spectators in the stands. This adds to the spectacle of the game and helps sort out controversial moments. As Infantino pointed out, the technology is the culmination of three years of research and testing.