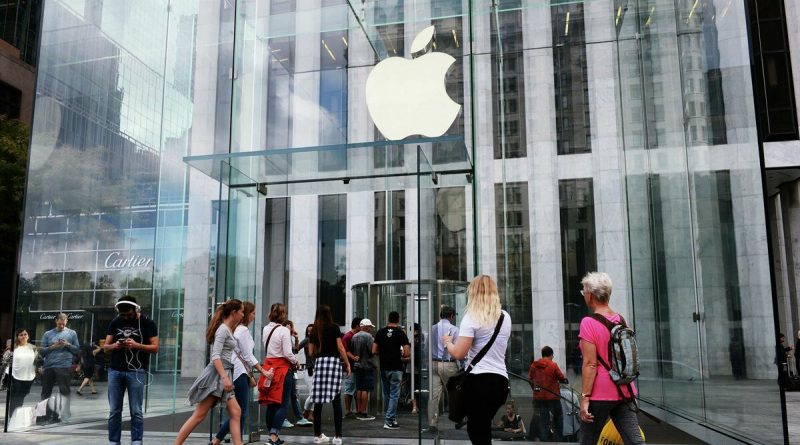 Apple has restricted visits to its stores in New York due to the spread of the Omicron coronavirus strain. The company has temporarily banned personal visits to stores, while customers can still pick up their orders paid for online from the street. A total of 11 Apple stores in New York City were affected by the restrictions.

“We are monitoring the situation on an ongoing basis and are adjusting the restrictions so that they promote the well-being of our customers and employees,” Apple said in a statement.

Last week, the Omicron strain became dominant in the United States. It accounted for 73.2 percent of infections during the week. The proportion of the previously dominant delta variant coronavirus dropped to 26.6%. On the whole in the USA, according to estimations of Johns Hopkins University, the number of infected people had already reached 52.9 mln and 819.4 thousand people had died. At the same time in the last four weeks more than 4.3 million people were infected, died more than 38.5 thousand. The country continues to rank first in the world on these two indicators.