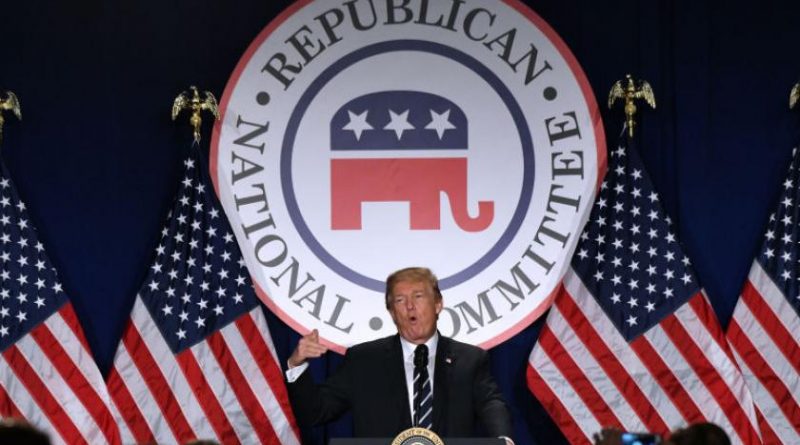 Former US President Donald Trump for the first time in a long time again appeared in public — he gave a speech to the Republicans, but many viewers paid attention not to the words of the politician, but to his pants.

Because of the strange folds and lack of fly, a number of Americans suggested that the ex-president in a hurry pulled his pants back to front.

The discussion of Trump’s wardrobe was devoted to the program on CBS, as well as many publications in other media. TV presenters could not understand what kind of” gills ” were on the pants of the politician.

However, other reputable American media put an end to this strange question — the pants were not worn backwards. The fact-checkers had to look at the politician’s crotch for a long time, and the fly was found.