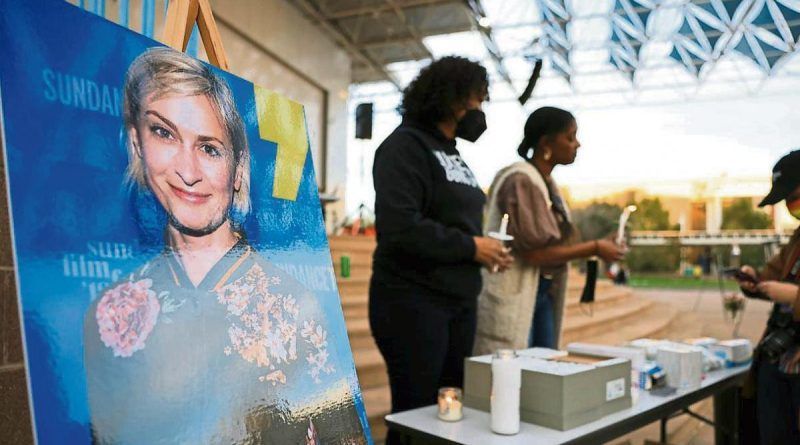 This came after 15 months of tragedy on the set, during a rehearsal at an old wooden church on New Mexico’s Bonanza Creek Ranch. According to prosecutors, Baldwin fired a live round from his prop gun, unaware that his Colt.45 revolver was loaded with live ammunition.

Galina Hutchins was killed on the spot; the film’s director, Joel Souza, was wounded but survived.

“After a careful review of the evidence and New Mexico law, I have concluded that there is sufficient evidence to pursue criminal charges against Alec Baldwin and other members of the Rusty crew,” said prosecutor Mary Carmack-Oltvis. – … No one is above the law, and everyone deserves justice.”

The Los Angeles Times recalled that in New Mexico it is against the law to use real bullets on movie sets; however, investigators subsequently found several lead bullets mixed in with fake ones at the Rust set.

Gunsmith Hannah Gutierrez Reed loaded the weapons for the shoot and was responsible for doing so. Assistant director David Halls, who investigators say handed Baldwin a loaded revolver shortly before rehearsal, went to a pretrial plea deal with prosecutors to plead guilty to reckless use of a deadly weapon.

Alec Baldwin denies culpability for Galina’s death and claims that he did not pull the trigger of the discharged revolver and did not know that it contained real bullets.

Galina Hutchins’ family said Thursday it supports the charges that will be filed against Alec Baldwin and gunsmith Hannah Gutierrez Reed.

“It is a comfort to our family that no one is above the law in New Mexico,” the statement said.

Galina’s husband, Matt Hutchins, filed a lawsuit on behalf of the family against Baldwin in 2021. The lawsuit said the actor was required to check the gun for live ammunition and not point it at Galina, and not to cock or pull the trigger on the revolver.

The Hutchins family subsequently reached an out-of-court agreement with Baldwin, under which Matt Hutchins became executive producer of the unfinished film Rust, which was to resume production in early 2023 outside of New Mexico.

A forensic examination of the revolver by the FBI found that the weapon “functioned normally” and did not fire without pulling the trigger.

The agency’s investigation found that Rust MoveProductions LLC was aware of safety violations in the handling of firearms and showed “apparent indifference” to possible dangers.