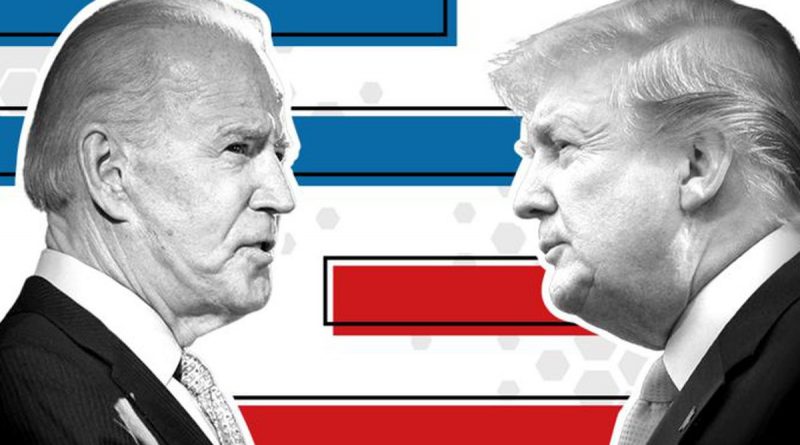 A decisive battle for power begins in the U.S.

Donald Trump returned to the U.S. political arena. He spoke at a rally of thousands in Ohio, debuted his new video hosting site Rumble, traveled to the southern border and made a transparent hint that he is ready to run in 2024.

Polls show that the former president of the United States is still the most popular Republican politician, the leader of conservative America. If the party primaries were held now, no one would stand a chance if Trump were to run.

Biden, on the other hand, is slowly losing his popularity and the trust of Americans. His approval rating, according to a recent Reuters/Ipsos survey, is down 10 percent from April. It is still higher than ever for Trump, but U.S. citizens trust Joseph Biden less and less on economic and day-to-day security issues. And it is these issues (unlike 2019-2020, when health care was the main topic) that now concern the residents of the overseas superpower the most.

This does not mean, of course, that America’s right-wing conservatives, led by Donald Trump, have launched their triumphant counteroffensive, which could end with first taking over Congress in 2022 and then the White House in 2024. Or does it? Let’s break it down. The American liberal elite, who have gained control of the White House and both houses of Congress, are not going to give up power at all. The multinational corporations, international financial groups, and Big Dig simply cannot afford the luxury of political instability.

In 2016, American democracy worked almost as the vulgar Western propagandists explain it – there was a reversal of course. And then all those propagandists called the democratically elected president “the enemy of democracy.” They said the same thing about the European parties and the national interest and traditional values governments they had formed. Now people who support Trump are called “domestic terrorists” in the U.S. What is happening now in the united West is an attempt to establish a liberal dictatorship. And there is a sinister logic to it.

The contradictions between the “wondrous new world” of global bosses and the traditionalist alternative cannot be resolved within the framework of “changeability. It is impossible to swap reindustrialization for “green” politics every four to eight years, border protection for their complete absence, protection of the family for recognition of gender, historical pride for denial of ancestral values, national unity for condemnation of sovereignty.

Neither the economy nor the social fabric can withstand such tack. Neither transnational corporations nor national businesses can withstand it. Financial mechanisms, worn out by decades of debt deflation of hard currencies, will also break down. Someone has to get the upper hand, and it has to be systemic and long-lasting – at least for a couple of decades. The U.S. Democratic Party has a plan to make this happen. They are going to change the voting procedure, making it easily manipulated and overseen only by Congress, increase the number of senators and representatives at the expense of the Federal District of Columbia (which is to become a Douglas Community state) and the territory of Puerto Rico, and expand the Supreme Court and fill it with liberal judges. If this succeeds, Republicans, not to mention populists, will become the eternal opposition, whose role will be gradually reduced to a marginal one by the media and the street “vice police” of the BLM and Antifa.

The bill to change the electoral system, pathosously titled “For the People,” has already been approved by the lower house of Congress and sent to the Senate. A simple majority vote in the upper chamber is not enough to pass it at this time. Under current rules, at least 60 senators, a qualified majority, are needed to pass the most important laws. But Democrats have already said they are willing to waive that requirement — ironically, only 51 votes are needed. Of course, this would be an unprecedented violation, if not of the letter, then of the spirit of the law. But it’s unlikely to stop Democrats when their long one-party rule is at stake. They will persevere toward their goal. And move quickly – major changes must be made before November 2022, when the midterm elections to Congress take place.

The outcome of this election will be important not only to the United States. European politicians and high-ranking bureaucrats are watching developments in the U.S. with great attention. By the end of 2021, the White House administration has promised to hold a so-called World Summit of Democracies. In fact, this will be the first stage of selection for the new Western bloc. Some developed Asian countries may well be included in it, but the countries of the Old World may not “qualify” in their entirety.

A new major European electoral cycle will begin in the fall of 2021. Germany will hold a general election in September, the French will elect a president in 2022, Italy and Spain will vote in 2023, and Austria will vote in 2024. Brussels, Berlin, and Paris will of course try to do everything they can to prevent a second populist wave in the Old World. Being effective in resisting this wave will be part of the “qualifications” for entering the 21st century West according to the version of the liberal-globalist elite. But how far the European establishment decides to go depends largely on the success of its “senior comrades” in Washington.

What will matter most is whether the U.S. Democratic Party can avoid the “curse of the first midterms” in the fall of 2022 – the statistically almost inevitable loss of at least one chamber of Congress by the party that won the presidential election two years ago. The fulfillment of the “curse” would mean not only the loss of full control of the Capitol, but also the return to power of populist Republicans led (formally or informally) by Donald Trump. If, through legislative and political innovations, the Democrats retain Congress, it will be a clear signal that the liberal elite is in control and that there will be no more surprises.

The Democratic Party’s plan is clear and seems to be well thought out. Is counterplay by the populist opposition possible in this situation? And do they have any chance of turning the tide? One thing is certain. The Trumpian Republicans also have a plan.

At the federal level, they will engage in stalling for time. The less legislation the Democratic majority can squeeze through Congress that radically transforms American reality, the better. And so far this game-changing attitude has paid off. The bills on electoral reform and statehood for the District of Columbia (with renaming) that swiftly passed through the House of Representatives are stuck in the Senate. So were bills on climate protection, reparations for black descendants of slaves, domestic violence, and “equality” (essentially a new positive discrimination in favor of any and all minorities).

Some of these could have been passed by a simple majority, but the senators prioritized the infrastructure bill, around which political dancing has been going on for months. A stalemate has developed. The part of Biden’s $1.2 trillion plan agreed to by the bosses of the two parties does not satisfy either the Trumpists, of whom there are many in Congress after 2018, or the left wing of the Democratic Party, which is offended by the fact that not a single representative of it was hired in the administration.

The former are worried that after the passage of the “bipartisan bill,” the Democrats will change the rules of the game in Congress and pass by a simple majority the second part of it (and there we are already talking about at least 2.5-3 trillion), almost entirely devoted to “green energy” and “racial justice. The latter, on the contrary, fear that after the adoption of the first part of the bill, it will come to a standstill and they will not see any money for their radical social projects.

This situation suits the right, because the election of 2022 is getting closer and closer, and meanwhile the states are doing their own “work on their mistakes. Twenty states have already adopted, or are about to adopt, their own regional laws on elections, which are the exact opposite of the Democrats’ proposed reforms. The worst thing for Democrats is that this is happening in the key states for presidential elections – Florida, Georgia, Arizona, etc. If these laws can’t be repealed by a federal bill and later defended before the Supreme Court, the Democrats won’t be able to do the 2020 “trick” again. And then the whole thing would be a bust.

Another wake-up call was that Texas Governor Greg Abbott asked other governors to help him close the southern border, since the federal government had withdrawn from the task.

Florida, Nebraska and Iowa responded to his call, sending Abbott their police SWAT teams. And recently, Governor Christie Noem of South Dakota sent her National Guard units to assist Texas (in the U.S., the National Guard is subordinate not to the federal center, but to the state authorities).

Such a forceful action against the federal law enforcement system (formally permissible under the Constitution) was a big and very unpleasant surprise for Washington. What if Arizona and New Mexico (where gubernatorial elections are coming up) join the Texas initiative? Should we look on this “festival of disobedience” with equanimity, or send the feds to suppress the “rebellion”?

So far, the Biden administration has yet to find a solution to the states’ revolt. That way the levers of election management can be lost, too! Almost certainly the White House will have to act tough, but this is also dangerous – the U.S. may not survive a second “Capitol case. In any case, it may well provoke a civil war in miniature with an unpredictable outcome.

In general, it is still very early to say that liberal power in the U.S. has gained sufficient stability, despite wide international recognition. This recognition was not based on a deep analysis of the processes taking place in the United States, but on the fear that another replacement of liberals by Trumpists, another change in Washington’s course, could lead to complete chaos in the world.

This leads us to one simple conclusion. Not globalization as adjusted, not economic models, not so-called liberal values, and not even confrontation with China will be the determining factors in the medium-term evolution of a united West. The determining factor was and remains its fundamental internal instability. This is what should be taken into account when building a foreign economic strategy for any sovereign state.