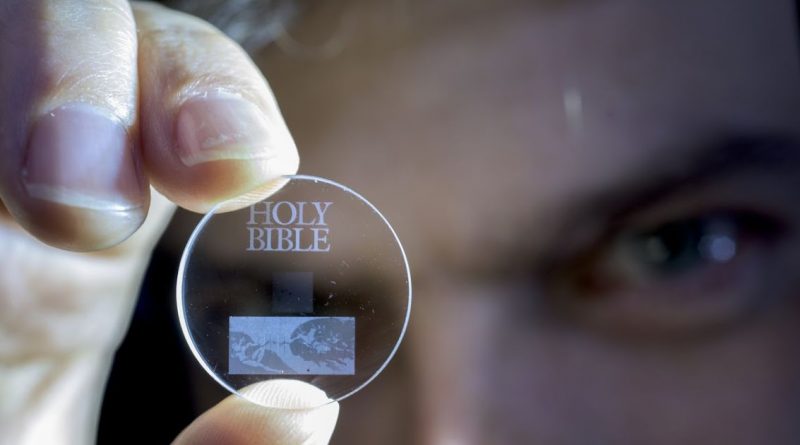 A team of researchers at the University of Southampton UK is developing 5D five-dimensional optical memory device technology. Scientists have previously used the 5D method to record a digital copy of the Bible.

At that time, scientists managed to use it to record and reproduce text with a volume of 300 KB. They believe that the potential of the new technology in the future will multiply this figure to 500 terabytes, which will fit on just one disk.

A femtosecond laser was used as a recording device, generating short, high-power pulses that form nanostructures on the glass.

An important advantage of the 5D optical storage device over the hard disk is its resistance to high temperatures and practically “eternal” service life. But still its main advantage is the ability to record data at high density and speed thanks to the optical effect – near-field amplification.

It is this effect that forms the necessary nanostructures. As a result, it will be possible to record up to a million voxels per second. For comparison, this is the equivalent of about 240 KB of data or a hundred pages of printed text. The scientists hope that the technology they have developed will be used in the future to store archival and museum information, as well as DNA data.